DAPL and the Matter/ing of Black Life – The Feminist Wire

Home / Activism / DAPL and the Matter/ing of Black Life

DAPL and the Matter/ing of Black Life

Two days after President Obama pardoned the White House turkey and one day after Americans sat down at tables across the United States to celebrate Thanksgiving—a holiday premised on the Euro-American genocide of Native Americans—the state announced, in a letter from the U.S. Army Corps of Engineers to the Standing Rock Sioux Tribe, that on December 5th it will close access to all lands north of the Cannonball River, including the site of the Oceti Sakowin camps, which at present house demonstrators who have gathered to protest (to halt) construction on the Dakota Access Pipeline.

This decision is necessary to protect the general public from the violent confrontations between protestors and law enforcement officials that have occurred in this area, and to prevent death, illness, or serious injury to inhabitants of encampments due to the harsh North Dakota winter conditions. The necessary emergency, medical, and fire response services, law enforcement, or sustainable facilities to protect people from these conditions on this property cannot be provided. I do not take this action lightly, but have decided that it is required due to the concern for public safety and the fact that much of this land is leased to private persons for grazing and/or haying purposes as part of the Corps’ land management practices. To be clear, this means that no member of the general public, to include Dakota Access pipeline protestors, can be on these Corps’ lands.

Notice the sleight of hand in this statement: rather than condemn law enforcement—local police, unsatisfied with subjecting protestors to run-of-the-mill technologies of death like guns and batons, use water cannons at Standing Rock to intensify “harsh North Dakota winter conditions” (i.e., to incite “death, illness, [and] serious injury”)—the state for which Henderson is a mouthpiece charges residents of the Oceti Sakowin camps, the very victims of “[violent] confrontations” with obstructing the governmentality by which the modern state might make them live, for example, through “emergency, medical, and fire response services.” The state further asserts in this letter its (manifest) destiny to exercise sovereign authority over the land, that is, to discipline and dominate land on behalf of capitalist interests (i.e., “private property”), as a way to induce life for its “general public.”

The violence at Standing Rock, about which Janaya Khan, co-founder of Black Lives Matter Toronto, aptly writes, “This is our fight, these are our people” (she adds, “We are relatives in this struggle”), is essentially an ecological violence. Its violence of the Anthropocene is an antiblack violence, enlisted in this particular moment at Standing Rock against indigenous interests but housed in the White (Master’s) house. Following Khan, this essay draws out the connections between the movement to make black lives matter and the movement to halt construction on the Dakota Access Pipeline. Indigenous rights, like black lives, don’t seem to matter (cannot possibly matter) in the context of the world of the Anthropocene—a world in which the twinning of white supremacist humanism and liberal capitalist ideologies makes indigenous rights irrelevant, just as it makes black lives fungible.

Consider the September 2, 2016 statement released by the national chapter of the Black Lives Matter movement, in which U.S.-based BLM organizers, who have actively made themselves present at Standing Rock since August, announced their solidarity with the “water protectors” doing the work for all of us along the banks of the Missouri River. Their statement reads,

[This] is a movement for all of us. A movement for the recognition that water is life … The water protectors who are protesting the Dakota Access Pipeline are engaged in a critical fight against big oil for our collective […] right to access water. To be clear, this is not a fight that is specific only to Native peoples—this is a fight for all of us and we must stand with our family at Standing Rock.

The call for those people who have shown up to agitate against the impoverishment of indigenous rights at Standing Rock to understand themselves as “water protectors” rather than as protestors, demonstrators, or allies does not cut at but rather amplifies circuits of solidarity between these two movements. Black Americans are especially susceptible to the kind of slow-motion genocide enacted by the ecological racism infringing on indigenous rights at Standing Rock. One need look no further than Michigan, where the state filed a motion on November 17, 2016 to relieve itself of the “unnecessary” and “insurmountable burden” of delivering clean water to the residents of Flint—where a majority-black body politic are purposefully and with impunity exposed to lead-contaminated water—to lift this veil, exposing the fate of black folks who, since their abduction from the shores of Africa, were (Audre Lorde teaches us) never meant to survive. Unsafe levels of lead have shown up, as well, in the drinking water fated to residents in black-majority cities like Detroit, Michigan; Washington, DC (where dangerous levels of lead were first detected in 2001, more than 15 years ago); Durham and Greenville, North Carolina; Columbia, South Carolina; Jackson, Mississippi; and in small towns across Louisiana, to list just a few sites of routine water contamination.

The Flint water crisis is thus not an exception but the rule that condemns black life to live in/as a kind of death, tasked with making room for itself in spite of insurmountable death-sentencing odds. Black people are not let to live but made to die in world that recognizes them as something other and different from human: bodies reduced to bits and pieces of flesh, with no real corporeal integrity, undeserving of those rights and protections (even, the recognition) typically guaranteed (i.e., by court and/or international mandate) to human-identified beings with presumably inalienable rights to life.

BLM organizers like Khan remind us that we must attune and orient ourselves towards the earth: the land, the water, indeed, the matter of the world, as opposed to the human civilization that feigns to control earth. Black social life recognizes itself as a kind of indigeneity—as a kind of living with the land, not in sovereign control over a land on which black persons do not have a right to stand in the first place, as Trayvon Martin’s murder and the murders of so many other black men, women, and especially children have taught us, but as a kind of co-existence with the land, as a commitment to freeing a land cultivated (violated) by institutions of settler colonialism and chattel slave labor.

As a kind of material corporeality—a black mass or substance—that is fundamentally divested of human subjectivity, black life cannot be made to matter against human-centric odds. Which is to say, indigenous rights, which champion a world-living in which indigenous persons are coeval with their earth, have always been paramount for the movement to make black lives matter. Black lives cannot matter without indigenous life-worlds mattering. More to the point, and if we recognize black social life as a kind of indigeneity, sharing more in common with earthly matter than with the metaphysical and metapolitical conditions fated to human beings, we might do well to recognize that indigenous rights have always been necessary—essential and indispensable—to this movement.

While the question of black life as a kind of indigenous right remains un-asked by popular media and perhaps even by indigenous activists and scholars (and as well, by their non-black allies) who rally against the Dakota Access Pipeline, it is a question that animates black folks who, like Janaya Khan, have shown up in spite of antiblack racism at Standing Rock to do the work of making indigenous rights matter—to do the work of making the rights of the earth matter, indeed, who have shown up to make themselves coeval with this earth: a matter that, like them, breathes and births and engenders life even as human society depletes it of every possible resource with which to do so. 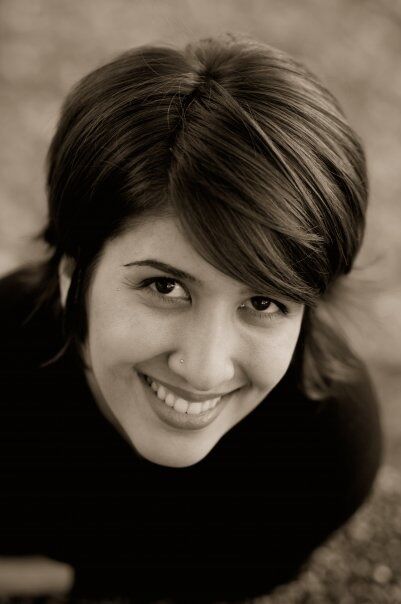 M. Shadee Malaklou is Assistant Professor of Critical Identity Studies and a Mellon Faculty Fellow at Beloit College in Beloit, Wisconsin, where she teaches an upper-division theory course on topics and themes pertinent to the Black Lives Matter movement. She received her PhD from the University of California, Irvine in Culture and Theory in June 2016 and is currently working on her first book project, about the relationship between sexuality, anti/blackness, and social and political constructions of time.

Related Items#BlackLivesMatterDAPLfeaturedJanaya KhanStanding Rock
← Previous Story “Imperatives for Carrying on in the Aftermath ” by Natasha Trethewey
Next Story → Staying on the Battlefield: The Feminist Wire Statement on the Election