“The Least of These”: Black Children, Sexual Abuse, and Theological Malpractice – The Feminist Wire

“The Least of These”: Black Children, Sexual Abuse, and Theological Malpractice

Content Notice: This article is part of the #LoveWITHAccountability forum on The Feminist Wire. The purpose of this forum and the #LoveWITHAccountability project is to prioritize child sexual abuse, healing, and justice in national dialogues and work on racial justice and gender-based violence. Several of the featured articles in this forum give an in-depth and, at times, graphic examination of rape, molestation, and other forms of sexual harm against diasporic Black children through the experiences and work of survivors and advocates. The articles also offer visions and strategies for how we can humanely move towards co-creating a world without violence. Please take care of yourself while reading.

“The King will reply, ‘Truly I tell you, whatever you did for one of the least of these brothers and sisters of mine, you did for me.’ –Matthew 25:40

On Friday, August 26th, Georgia pastor Kenneth Mack was arrested on one count of aggravated child molestation. This same “pastor” preached homophobic sermons and said the Pulse victims deserved to die. Yet, he is a child molester and a rapist. Mack, however, is not an anomaly; in fact, he represents much of what the church stands for: hypocrisy coupled with holiness or hell theologies that conceal unethical sexual acts and demonize marginalized bodies.

Mack, like so many others who wear sacred collars, desecrate churches and the gospel with their unrelenting commitments to sexual violence. Without doubt, our society perpetuates rape culture, but many of the church’s religious leaders prey on those who often cannot pray for themselves. They also theologically nurture and coddle those who violate children, women, and queer folks, and we must reckon with the reality that survivors of sexual abuse sit in pews and preach in pulpits, often with their harm doers in plain view.

Yet (Black) churches are largely silent. Indeed, the collective silence—from adults, from the village, from the elders—is deafening even as childhood screams, hollers, and pleas to live unbothered and untouched by the perversion of child sexual abuse blare the silences.

Several visual texts, such as Kasi Lemmons’ Eve’s Bayou (1997), Michael Schlutz and T.D. Jakes’ Woman, Thou Art Loosed (2004), Tina Mabry’s Mississippi Damned (2009), and Spike Lee’s Red Hook Summer (2012), explore the everydayness of child sexual abuse in black communities. Most recently, Greenleaf (2016), on the Oprah Winfrey Network (OWN), delves into the topic of CSA (child sexual abuse) in a black mega church community in Memphis, Tennessee. Winfrey, a child sexual abuse and rape survivor, plays the role of Mavis McCready and gives her niece Grace the push she needs to expose all the lies and sexual traumas hidden in the physical and psychic archives of the church’s history. One such task is bringing her Uncle Mack to heel for sexually assaulting her sister Faith (who committed suicide), and several other girls in the church and the Memphis community. Like most Black churches and Black families, however, no one in the fictionalized account wants to talk about sexual violence, just like no one is talking about the real-life Mack mentioned in my opening.

Child sexual abuse in Black communities is an epidemic. Black Women’s Blueprint reports that 60% of Black girls have been raped before age 18, and studies show that one out of six boys are sexually assaulted. And we know without doubt that many of these assaults happen in churches or with proximity to churches and church people. As such, I have several questions…

What do we do when the violence is found among those who are “sanctified”?

Where is God when (Black) children are sexually assaulted? Or perhaps a more poignant question is does God condone the sexual violation of children? “God Help The Child,” prays Toni Morrison, but God does not help the child when the child is victim to child sexual abuse. How can Emmanuel, or God with us, bear witness to such pervasive and unchecked evil and not be moved to act justly on the behalf of the child survivor? And if God is on the side of the oppressed, as James H. Cone and others have argued, where is God when (Black) children are hurt by those who introduced them to “God”? 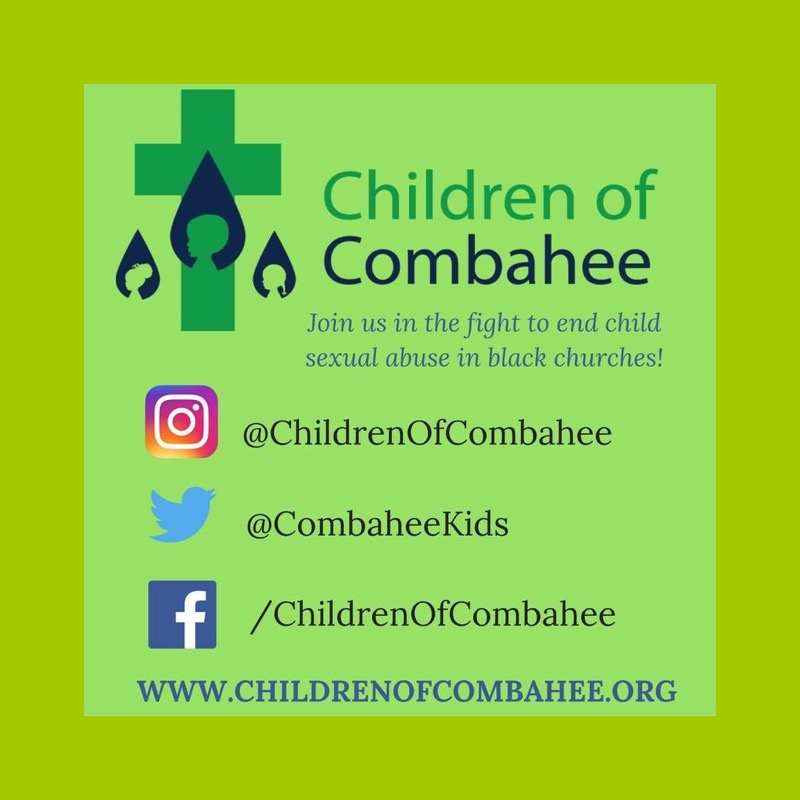 With regards to child sexual abuse, my work as the founder of Children of Combahee and as a scholar of religion has three aims. First, I am building a canon of thought in the study of Black religion and theology that names sexual violence as sexual “deviance,” and reconsiders longstanding pathologies which situate homosexuality, gender nonconformity, womanhood and other marginalized sexual/gender identities as not only “deviant,” but subservient to Black male cisheteropatriarchy. Second, I am deconstructing the myth that queer subjects—both within and outside of the Black church—are queer because of sexual abuse, and am offering new ways of thinking about “pathology” and “perversion” within the Black church. Third, I contend that lived experience, personal testimony, and psychic realities are both worthy and befitting of critical theological attention and engagement, in part, because most survivor narratives never make it into academic or church archives, even as the assaults and the remembrances and effects of the assaults are archived (or repressed) within survivors’ minds.

It is important to note that many of the terminologies used in my written and vocal work are terms that are never spoken in many Black religious spaces. “Consent” is assumed, but it is never taught. “Rape” is alluded to but it is never acknowledged. The “survivor” is shunned, while the overcomer is praised. These terms, however, function as guiding principles in the fight to end sexual violence. I believe wholeheartedly that Black sexuality, gender identity, and sexual violence cannot be freely and expressly understood or discussed within Black churches, until the church catches up to the mainstream discourse on human sexuality (and even the mainstream discourse lags behind those who are survivors, queer, trans, women, and femme). These words are prominent in social justice spaces, antirape organizations, and in other medical and legal entities, but they are often absent from the church, even as survivors fill pews and pulpits.

If we believe that the Black church is a central site of influence in many Black communities, though scholars like Eddie Glaude have argued, “the Black church is dead,” we must continue to question why “consent,” “rape,” and “survivor” are not a part of the Black churchgoing population’s vocabulary. We must also evaluate whether pastors and leaders in the church have the tools to work through sexual violence theologically, ethically, and within cultural context.

Call me heretical but I do not believe that the Bible is a reliable resource in this regard, lest it be consulted through a womanist queer theological lens. I also contend that sexual violence cannot be eradicated until the church acknowledges the way it sanitizes Biblically-sanctioned rape, even as it manipulates scripture to demonize queer and transgender people, to subject women and children to patriarchal men and leaders, and to protect and cover the tracks of rapists.

Victim shaming and queerantagonism are active evils in the life of many Black churches. My work calls them both into question, not to pathologize survivors and/or queer people, but to understand how white supremacy, capitalism, neoliberalism, and the workings of the State have altered the ways Black people wrestle with racial-sexual terrorism.

Many survivor-activists have pushed Black churches to think about its complicity in the rape and sexual assault of countless women, men, children, gender nonconforming, queer, transgender, and poor Christians and non-Christians, and yet, the Black church continues to turn a blind eye to the reality of racial-sexual violence. Monica Coleman’s The Dinah Project—both the book and organization—intervenes in a history that registers unchecked sexual violence and illicit sexual behavior as standard, if not normative, alongside patriarchy and cisheterosexism.

If the church is filled with so many survivors of sexual violence, why then does the church lack urgency and conviction in the fight to eradicate the unholy and perverse reality of sexual abuse?

Perhaps it is because (Black) churches are more concerned with the sexual practices, behaviors, and orientations of its constituents that are nonheterosexual, nonnormative, and/or disruptive to puritanical notions of sacred, holy, and virtuous (see Kelly Brown Douglas, 1999). Among many things, “the politics of respectability” as defined by Evelyn Brooks Higginbotham and “the culture of dissemblance” as told by Darlene Clark Hine (pdf) explicate the ways Black church people have used silence as a means of protection from white racial-sexual terrorists. To mitigate the effects of white supremacist violence, many African Americans do not address intracommunal violence, and in some instances extracommunal violence, because they do not want to portray the race in a negative light or they want to be race loyal, or even race first, everything later. These patterns are deadly and send a loud message that racial justice takes precedence over the justice that every individual deserves in regards to their bodies and psyches—regardless of age, gender, sexuality, socioeconomic status, religion, or any other marginalized identity.

The inability (or unwillingness) to address sexual violence as an evil that pervades home, church and community is steeped in larger cultural “norms,” though abnormal, of cogitatively dissociating one’s lived experience—in Black flesh—from one’s embodied and experienced sexuality. In other words, the inability to address violence and trauma as it relates to Black sexuality can be traced back to the plantation where rape and torture were codified by law and the theologies of the master class. In some ways, the contemporary Black church—which grew out of enslavement—mirrors the plantation of times past, and survivors are pushing the church to consider its reinscription of master tactics—that is , attempts to abuse, silence, marginalize, shame, victimize, and dehumanize marginal subjects, or as Jesus said, “the least of these.”

Until Black churches are honest about human sexuality and our collective discomfort with it, sexual violence will remain unchecked and accountability will be nothing more than a goal to be obtained in the afterlife. But if we believe Jesus’ words, “thy kingdom come and thy will be done, on earth as it is in heaven,” we must also believe that God is looking to the church to conjure justice for survivors right now. Indeed, hell is a present reality, and heaven is too far.

If you are interested in joining the fight against CSA in Black church communities, please consider registering for Children of Combahee’s upcoming town hall on Saturday, October 29th at the Concord Baptist Church of Christ in Brooklyn, New York. 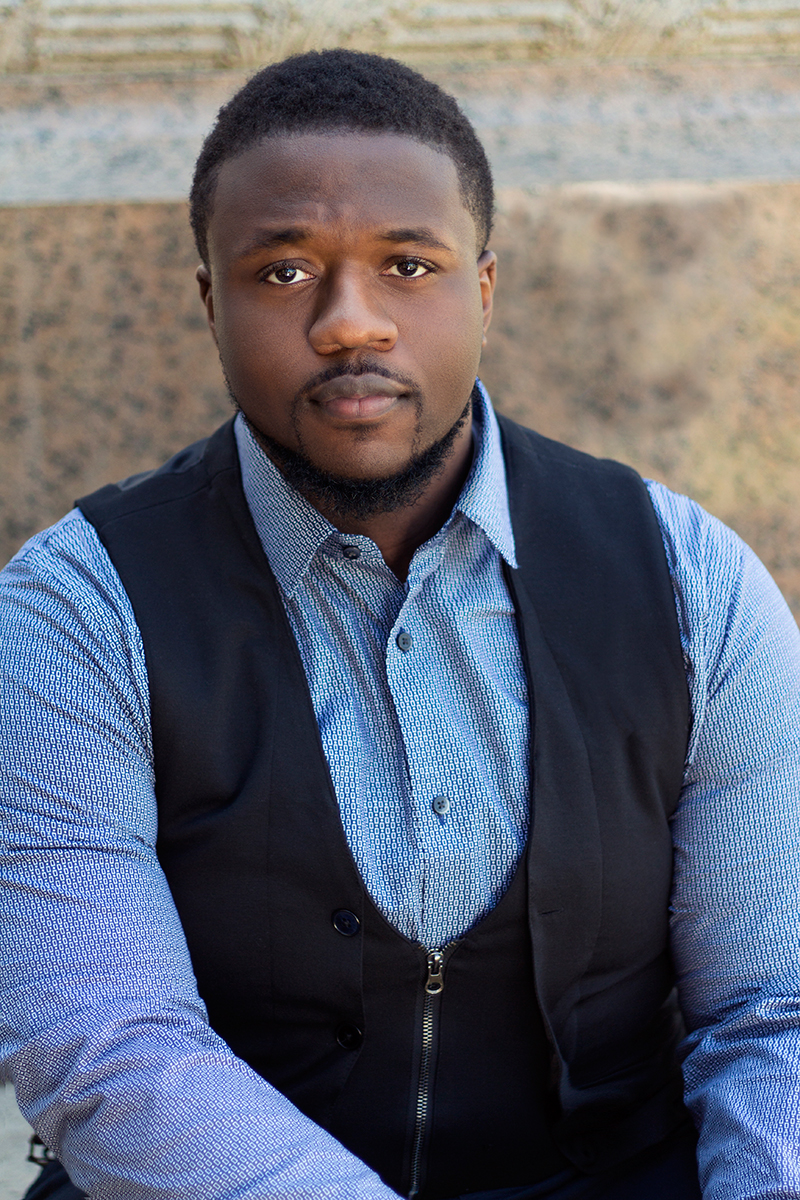 Ahmad Greene-Hayes is a Ph.D. student in the Department of Religion at Princeton University, where he is also pursuing graduate certificates in African American Studies and Gender and Sexuality Studies. His research interests include Black religion(s), African American Pentecostalism, queer theory, Gender and Sexuality in the Black church, and 19th-20th century African American religious history. He is a Mellon Mays fellow and holds a Bachelor of Arts in History and Africana Studies from Williams College. Using oral histories, performance studies, and other archival materials, his senior honors thesis entitled, “Black Pentecostal Touch: Sexual Abuse, Queerantagonism, and (Un)holy Hands,” examined how Black religiosity, within the context of Black Pentecostal churches, responds to gendered and sexualized Black trauma. Currently, he also serves as the founder of Children of Combahee, a newfound initiative to end child sexual abuse in black churches via the Just Beginnings Collaborative. He is also the founder of #BlackChurchSex on Twitter and writes regularly on race, gender, sexuality, politics, and religion at TheRoot.com, Ebony.com, The Feminist Wire, and other outlets.