“I’m beginning to think that some people I know think that Nate Parker actually IS Nat Turner.”
—Scott Poulson-Bryant, Assistant Professor of English at Fordham University and Award-Winning Journalist, Author, and Co-Founding Editor of Vibe Magazine 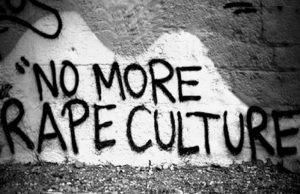 “Unless he admits it, I’m not going to believe it!” “It sounds like his so-called victim was a ho! What did she go to his room for, if she didn’t want to have sex?” These are all things we have heard in some way, shape, form, or fashion at one point or another whenever we’ve paid close attention to conversations about Nate Parker and Jean McGianni Celestin’s rape allegations. These allegations resurfaced recently, as they both co-wrote Birth of a Nation, a dramatic film depicting the slave rebellion led by radical Black preacher Nat Turner in Virginia (1831), which is being released nationwide in theaters today. To be fair, though, we hear these questions whenever we respond to rape charges leveled against any Black man, celebrity or otherwise. Along these lines, the resurfacing of allegations accusing comedian Bill Cosby of rape and sexual assault, the lyrics of rapper William “Rick Ross” Roberts advocating date rape vis-à-vis intoxication on Rocko’s “U.O.E.N.O.,” and the allegations of sexual assault leveled at entertainer Thomas “Cee Lo Green” Callaway—just to name a few—remind us that one of the most critical parts of the fight against rape entails continued conversations that help us understand the definition and implications of sexual violence, especially in Black communities. And while we realize there is a dearth of films that affirm particular kinds of Black resistance in mainstream media as a whole, but especially in Hollywood cinema, what we know is that we are not so desperate to see enslaved Black folks revolting against white supremacy onscreen that we are willing ignore Parker’s treacherous history with rape. To do so would be to, once again, render every victim of rape invisible. It is also clear, however, that we must share with you the many, many texts that have allowed us to avoid this kind of desperation so that we can honor the legacy of the many Black intellectuals that have made this more than possible.

“Why did these allegations against Nate Parker only resurface just now, right when Birth of a Nation is being released? He was vindicated, so why are we still talking about this? So, it’s okay to talk about Nate Parker, but what about Woody Allen?”

We contend that it is possible to recognize the ways in which mainstream media consistently ignores the heinous rape allegations leveled at white celebrities, such as filmmaker Woody Allen and retired NFL quarterback Peyton Manning, while simultaneously acknowledging that Black men do, in fact, rape. In this case, Nate Parker—who maintains his innocence—admitted to not understanding consent. More specifically, in an August 26, 2016 interview with Ebony, Parker claimed that he “never thought” about the concept of consent while he was in college, stating,

At 19, if a woman said no, no meant no. If she didn’t say anything and she was open, and she was down, it was like how far can I go? If I touch her breast and she’s down for me to touch her breast, cool. If I touch her lower, and she’s down and she’s not stopping me, cool.” He later called his initial response to the allegations “arrogant,” claiming, “All I can do is seek the information that’ll make me stronger, that’ll help me overcome my toxic masculinity, my male privilege.

However, after his recent interview on 60 Minutes, we wonder if that’s really the case. After all, a man seriously interrogating his “toxic masculinity” and “male privilege,” would never say, “I feel terrible that this woman isn’t here. I feel terrible that her family had to deal with that, but as I sit here, an apology is no.” Imagine, if you will, hearing that from George Zimmerman—who also maintains his innocence—and then deliberately deciding to support a film he made about any kind of revolution, any kind of righteous indignation and resistance. We wouldn’t. Because while many of us are relentlessly fierce when it comes to critiquing racism (rightfully so), we continue to deny the traumatic implications of rape, especially if it means we lose our Black “heroes.” But let’s be very clear—when we invoke the names of Woody Allen, Peyton Manning, and other white perpetrators in conversations about Nate Parker, what are we really asking for? For Black men to have the right to rape? Along these lines, we wonder if some folks—including, but certainly not limited, to Black men—don’t want to fight against white supremacist masculinity as much as they want to acquire its benefits.

“White women always lying, saying a Black man raped them!” “These Black feminists are always being duped by white feminists!”

Far from duped, we are the last group of people who would ignore the significance of white women falsely accusing Black men of rape. We, of all people, will never forget the Scottsboro Boys—nine Black teenagers falsely accused of raping two white women in Alabama in 1931. We will never forget the Central Park Five—five Black men who had been wrongly convicted in the “Central Park jogger” rape case when they were teenagers in 1989. We will never forget that Mary Turcotte admitted to police that she lied about being raped by a Black man as recently as 2011. And these are just a few examples.

For these reasons, we admittedly thought initially that our rage about Nate Parker would be “easier” to communicate and would be more respected in our communities if his victim were Black. Then, we snapped back to reality, knowing full well that most people don’t care about rape victims regardless of their race or ethnicity. We know this, because there are so many racist and sexist myths about rape that create a hostile climate where Black women can be easily raped without recourse. We know this, because according to Black Women’s Blueprint, 60% Black girls have experienced sexual abuse at the hands of Black men. Further, the National Violence Against Women Survey (NVAWS) found that only 18.8% of Black women reported rape in their lifetime. That should be no surprise to anyone who is aware of the longstanding pejorative narratives about Black women’s bodies and our sexualities. Think about Jezebel—you may know her as Ho, THOT (an acronym for “that ho over there”), Slut, Hoochie, Chickenhead, and/or Side Chick. As Nation of Islam Leader Minister Louis Farrakhan said prior to former Heavyweight Boxing Champion Mike Tyson’s conviction of raping Desiree Washington in 1992,

You bring a hawk into the chicken yard and wonder why the chicken got eaten up. You bring Mike to a beauty contest and all these fine foxes just parading in front of Mike. Mike’s eyes begin to dance like a hungry man looking at a Wendy’s beef burger or something. She said, “No, Mike. No.” I mean how many times, sisters, have you said “no” and you mean “yes” all of the time. Wait, wait, I’m talking to the women. We’re going to talk now. You see, the days of the BS [bullshit] is all over. You’re not dealing with a man that don’t know you and the damn deceitful games that you play.

Think about #FastTailedGirls, a hashtag introduced by Mikki Kendall and Jamie Nesbitt Golden to shed light on the dangerous implications of these narratives by creating a platform, as Goldie Taylor points out, for the “minefield of agonizing personal stories, as well as vestiges of the misogynistic victim shaming that continues to fan the flames of devastation [wreaking] havoc on so many of our communities.” Think about #YouOKSis, a hashtag introduced by Feminista Jones to shed light on street harassment against Black women. According to Jones, “I wanted to center our voices, because I feel like black women’s voices are not always amplified.” These are just a couple of examples of Black women “talking back” to the narratives that render us invisible when we are victims of sexual oppression and assault. Further, we all seem to be very clear about just how anti-Black the criminal injustice system is when we have discussions about mass incarceration, police brutality and murder, but let’s also remember that Black women don’t find any love there either. And our communities aren’t always safe and loving spaces where we can be held up and affirmed in love when our perpetrators are our brothers, our fathers, our grandfathers, our family “friends,” our neighbors, our pastors, our beloved celebrities. Hence, we join the chorus of the many other Black voices taking Parker to task (including, but not limited to Tarana Burke, Maiysha Kai, Roxane Gay, Ibram X. Kendi, D. Watkins, and Damon Young) in never forgetting this either.

“They just want to do anything to keep a Black man down! They’re trying to keep us from seeing Black slaves resisting!”

During our many long and painful conversations about this publication, we deliberately and intentionally considered the reasons why so many Black folks would choose to ignore Nate Parker’s rape allegations in order to see The Birth of a Nation—why so many Black folks would choose to ignore the ways Parker and Fox Searchlight Pictures are capitalizing on Black pain regarding this especially contentious and frightening election by offering in-theater voter registration. We realize, as aforementioned, that Black folks need to see Black resistance against white supremacy. This is not particularly difficult to understand, given that every day Black folks fear we will wake up to yet another hashtag commemorating another life lost at the hands of white supremacy. What we decided to do, then, was to provide a list of cinematic texts that Black audiences, in particular, can engage, learn from, reflect upon, discuss, and continue to organize in order to satisfy this very real need that we also share to satisfy this very real need that we also share. On that note, we simultaneously realize why Black women couldn’t wait and why it is also important for us to witness Black men and women kicking oppressive, evil white ass. We feel you, and we got you. Because one need not line the pockets of Parker and Fox Searchlight in order to bear that witness. In response to this collective desire, we created a list of films Produced, Directed and/or Co-Directed by Black filmmakers in the African Diaspora because we know that enslavement of African people, various forms of resistance to it, and the barbaric impact of its vicious legacies are not limited to the U.S. shores. Before we share it with you, we want to assure you that we realize our quickly assembled list (and our thinking about it) is very far from exhaustive. We barely scratched the surface with films about both the impact of and various forms of resistance to the horrid and inhumane legacies of enslavement of African people in the Black Atlantic. We also want to point out that we are not presently aware of anyone on it having committed any kind of sexual harm to anyone—that, of course, is particularly important here. Finally, we want to acknowledge that our list was developed in tradition with and inspired by the #CharlestonSyllabus, Ferguson Syllabus, Lemonade Syllabus, #ColinKaepernickSyllabus, and Luke Cage Syllabus, among other projects that are intended to help audiences make sense of the perilous times in which we are living.

Alphabetical by Title of Film