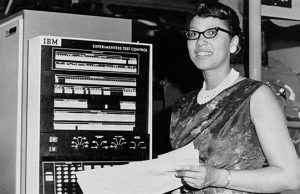 A Review of  Hidden Human Computers: The Black Women of NASA 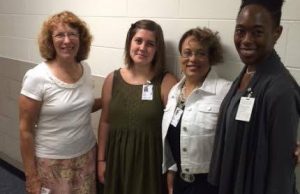 Duchess Harris and Sue Bradford Edwards, the team that brought you Black Lives Matter, a textbook designed for middle school students, have taken their accessible, thorough discussion of black life to the stars and once again to a classroom near you.

Hidden Human Computers: The Black Women of NASA, is a forthcoming book from the Essential Library series, an imprint of abdo publishing which creates educational content for K-12 schools around the United States.   Emerging close to the same time as the movie version of Margot Lee Shatterly’s book Hidden Figures, which also focuses on the history of black women in the human computer program at NASA, this book promises to catch the attention of educators, students and of course an excited generation of black nerds looking for historical precedents for our own star-gazing, dark science, experimental lives. 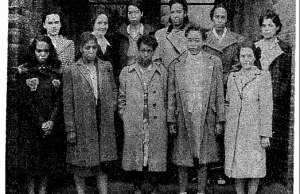 Miriam Daniel Mann was one of the original 11 black women to work at what would become NASA.

Thanks to Hidden Human Computers, an emerging generation of thinkers will be able to have an ancestral relationship to the contemporary understanding of the universe. Black women, our literal and imaginary ancestors, were crucial to contemporary space travel, observation and astro-physics. Miriam “Duchess” Harris is also specifically honoring her own maternal lineage. Her maternal grandmother Miriam Daniel Mann worked as a human computer until 1966 before NACA (the National Advisory Committee for Aeronautics) became NASA (the National Aeronautics and Space Administration). Harris includes her own mother Miriam’s memories of her grandmother’s work doing crucial calculations behind the scenes. 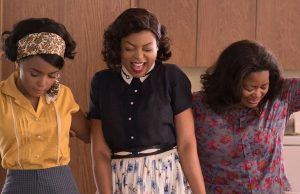 Hidden Human Computers goes beyond the three black women focused on in the forthcoming movie Hidden Figures and offers in-depth biographical information about a range of women who worked at NASA at its inception, offering context for their own interest in science and mathematics beyond their function at NASA. Throughout the text the authors make sure that the context of “double jeopardy” or institutional racism and sexism that shaped every aspect of these women’s lives is in full view for the students. Not only do they detail the exclusion of photos of black women from photographs of women workers at NASA and the segregated eating facilities, segregated working conditions and racist and sexist pay disparities at NASA itself (did I mention the campus was literally a plantation before NASA bought it?), they also detail the complexity facing black women mathematicians and scientists and their conditions of possibility. This requires the authors to provide background on the early existence of historically black colleges and universities that allowed black women with certain forms of access to explore their interest in science and math, the gendered barriers to scientific study (such as all male housing barracks for exploratory scientific research projects), and the reality that the context of the World Wars and the Cold War investment in the space race were moments that allowed rare opportunities for black women to channel their science and math expertise into careers other than teaching in segregated schools. 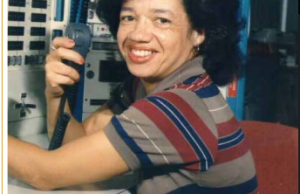 I am impressed by the range the authors are able to reach in this textbook while also providing historical context for black life, black education, scientific education, the field of aeronautics, gendered labor, and the true unlikelihood that at this point in history multiple black women have travelled to space, when less than 100 years ago many people thought that basic air travel itself was a passing fad that was too risky to last. 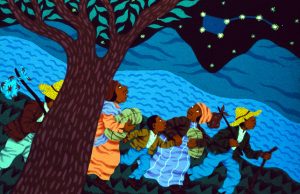 While attending to the institutional histories and the dominant narratives that shape this history, the authors also create and maintain alternative lines of dreaming.   The introduction of this book is by a black woman astrophysicist named Sojourner who studies Dark Matter. (Okay her full name is Chanda Rosalyn Sojourner Prescod-Weinstein PhD, but STILL!!!! Sojourner is one of her names.) She starts the book off by referring to “the drinking gourd” and Harriet Tubman, linking the practice of studying the stars to the freedom navigation leadership of black women during the slavery era.   The authors continue on this trajectory by connecting the early work of the human computers, and the internal work of black women in the administration of NASA (especially Mary Jackson) and the cultural work of Nichelle Nichols on Star Trek to the fact that in 1992 Mae Jemison became the first black woman astronaut in space and that Stephanie Wilson was on the international space station in 2010.  The authors show that they are as thoroughly savvy about the contemporary movement to provide black girls and women access to the worlds of science, technology, engineering and math as to the historical context, by being sure that the readers know about NASA’s partnership with Black Girls Code and similar initiatives are doing to create supportive institutional space. 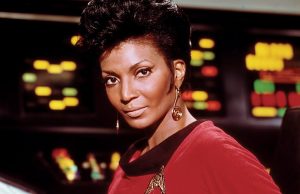 Hidden Computers spends a lot of time towards the end applauding NASA’s current initiatives to increase inclusion in STEM fields and educational pathways, but they do include at least one adamant critic, dedicating a bright yellow textbox to an excerpt and synopsis of Gil Scott Heron’s “Whitey on the Moon,” as an example of a widespread critique within African American communities of the investment in space travel while social problems, especially poverty and racism, here on earth run rampant. 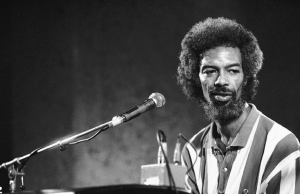 This critique leads me to wonder what this journalist/scholar team will do next to shift the discourse in US classrooms. How do we think about this book in conversation with the Black Lives Matter book that this same author team released with the same publishing imprint?   What meaningful conversations will happen in classrooms that read both the contextualization of a movement against police violence and a complicated narrative of inclusion within a state agency with ties to the militarization of science?   While it would be pushing to suggest that authors are pro or anti-state with the balanced and nuanced account they offer here, it is interesting to consider what a large role state institutionalization plays in the vision of black woman intergalactic connection presented in Hidden Human Computers. What are the connections between the study of dark matter by black women and the implications of black lives mattering at all times and in all places, including the gorgeous black expanding sky?   Talk about it with the next middle schooler you meet.