EMERGING FEMINISMS, He Thinks You’re A Hoe Anyway! The -1 vs. +1 Woman’s Value Theory – The Feminist Wire

EMERGING FEMINISMS, He Thinks You’re A Hoe Anyway! The -1 vs. +1 Woman’s Value Theory 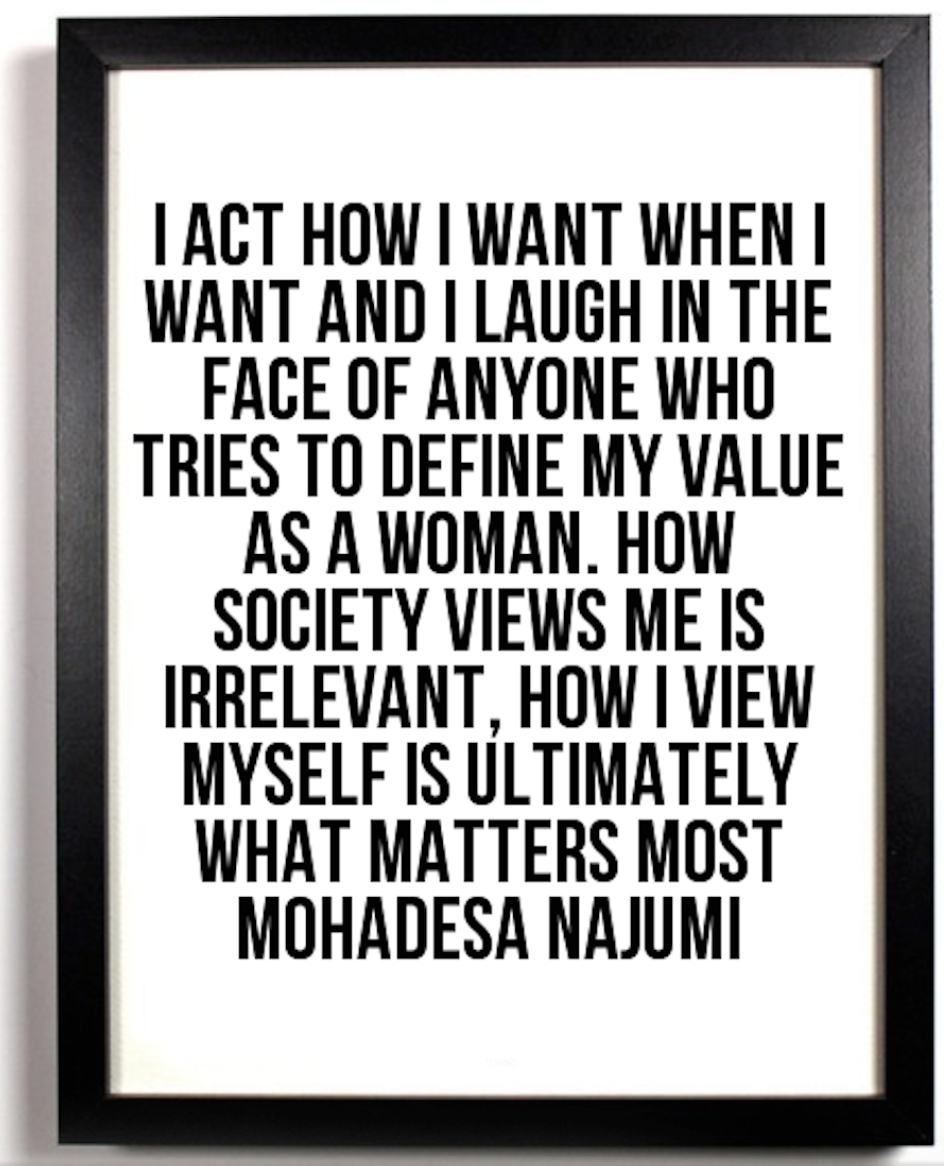 I want to share with you my own personal theory entitled “The -1 vs. +1 value.” It is my formula to explain the double standard between how men and women’s sexuality is valued in patriarchal and sexist societies.

So here it goes.

Our global culture still holds women morally accountable for our sexual endeavors so it is necessary to speak in value as a commodity term in order to understand current perceptions of women’s sexuality. It is astonishing that the popular “bro” culture whereby men are celebrated for their sexual conquests is not held to the same standard to the “girls gone wild” culture. The commodity model states that when I, a woman, have sex it adds +1 to my count of sexual partners, but it actually decreases my value count to -1. While the man I just had sex with goes from 0 to +1 in value.

This model is grounded in dominant heterosexual systems of gender and sexual inequalities, thus I use the term “value” loosely since I am against how society imposes standards of womanhood and purity. The standard is as follows: women must have less sex in order to be more desirable while a man is entitled to unlimited sexual partners. In what sense is this fair? Just as the master’s tools do not bring down the master’s house, archaic standards for measuring a woman’s value need to be eliminated in order for us to progress as a modern society. Jessica Valenti (2009: 49) argues, “our world values women so little and so specifically for our sexuality.” So a value disposition undermines our very nature and creates an illusion of separateness amongst two genders.

I use sex to depict this problem of a frustrating double standard because I have struggled with expressing my sexuality, as an Afghan woman, from a Muslim background living in the western world that has taught me to identify the most with my freedom and autonomy. I see how I am expected to adhere to certain “womanly” requirements, such as dressing modestly (not to mention the looks I get when I am weight lifting at the gym) and when I don’t comply to dogma, I am shunned by dominant groups and ideologies. From this experience, I have learned that we create divides and dehumanize one other when we use measurements like “value” to view each other.

I envision a utopia where I am not merely an object of desire or a damsel in distress. I envision a point in time where expressing my sexuality is neither taboo, shameful, nor embarrassing. By challenging the status quo I am pointing towards the impending need for sexual liberation.

As much as I wish otherwise, the -1 vs. +1 value formula is the way I socially experience my sexuality. So many women including myself have been humiliated with terms like “slut” for enjoying sex while men are not held to the same standard even though we are supposedly in an “equal” age. Although people do not exist in binaries, my value as a woman is often contingent on my level of sexual prowess, how aesthetically pleasing I am found, and how much I represent the notion of what a “woman” is according to societal norms. Of course, there’s plenty men who seek sexually confident women, but I’ve encountered just as many who are stunned, and dare I say threatened, by sexual expertise. Additionally, it is not uncommon for men to associate women’s level of “slutiness” with how worthy we are of being the so-called ultimate prize of “wifey.”

The measure of a woman’s value does not lie between her legs. As we know, humans are nuanced, complex beings who do not fit into rigid categories. Using sexual prowess to measure a woman’s value reduces her to a thing, a physical play toy. The “hoe” stamp comes with permanent ink. Too many times I have come across the statement, “She is not marriage material.” How often do I hear, “That man has had too much sexual experience. He is not husband material?” Never. Men are commended for getting laid and women systematically lose value for adding more notches to the bedpost (don’t even get me started with the double standard between older men/older women).

Sometimes I get nervous about revealing my sexual desires because others’ conditioning and regulation of my sexuality is deep, creating a perception disorder whereby my essence is pathologized. Sexually confident women get judged for “ratchet” behavior. However, I want to make it clear that women need not be interested in men who think in “hoe” terms anyway. Most of the time, the men I’ve dated who felt intimidated were plagued with their own mass insecurities and issues.

Let’s take a moment to touch upon the men who avoid using their “slut shaming” conditioning to belittle women. I want to commend those who have sought knowledge and know that value between genders is total crap. Nobody is more or less valuable as a partner if they have had lots of sex. Women do not need to become “purer” or “wiser” with their sexual decisions. Frankly, women can do whatever the hell they want.

“The -1 vs. +1 Value” theory is about how my “womanly” value is reduced when (proportionate to the level of idiots out there) when I am considered sexually deviant. Importantly, correlation does not necessarily lead to causation. Logically speaking, I can be a freak in the sheets and still have a low sexual partner count. And still I get criticized as “too frigid,” so how do I win?

The standard for what a “hoe” is does not even make sense. I do not live to satisfy popular opinion therefore, the “hoe” discussion actually does not affect my life. I act how I want, when I want, and I laugh in the face of anyone who tries to define my value as a woman. It will never faze me how society regards me. How I view myself is ultimately what matters most. I do not care if men think I am a “hoe.” I understand that women are conditioned to have low self-esteem and insecurities are engrained from a young age, but in order to transcend sexual inequality we must stop viewing ourselves from a patriarchal lens. We need not be side-tracked by labels that negate us; instead, we ought to form connections, collaborate, and uplift one another. If enjoying my single life makes me a “hoe” I will proudly be one.

Screw values and measures. My conclusion: Most likely, a man will label you a hoe anyway (whether you act like a “hoe” or not) so do whatever the fuck you want.

Mohadesa Najumi (special College columnist) is a British-Afghan writer based in London. Mohadesa recieved her BA in Politics & History from the University of Westminster, London and she studied for her MSc in Political Science & International Relations at the University of Amsterdam. Mohadesa’s research concerns geopolitics, democracy, governance, social change, globalisation, secularism, and racism. Her specialization is in direct democracy, specifically in Venezuela. A prominent woman’s rights blogger and proclaimed international feminist whose work been published across the globe, Mohadesa’s infamous “validation” quote has been shared internationally by scholars, governments, and artists alike. She is currently writing a book on personal development. Mohadesa writes poetry and blogs regularly here . Contact her on mohadesan@gmail.com

Related ItemsActivismbody politicsCultureEconomyEducationEmerging FeminismsfeaturedfeminismGenderHealthHistoryinequalityPatriarchysexismSexualityslut shamingwhite supremacywoman's valueWomen's HealthWorldWritingYouth
← Previous Story Why We Must Write: A Reflection on Tenure Denial and Coloring Between the Lines
Next Story → EMERGING FEMINISMS, On the Gender Racism of Black Men towards Black Women