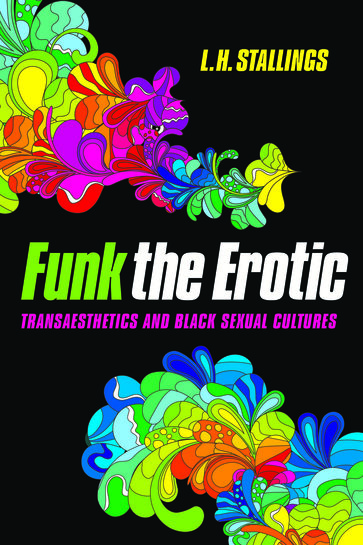 “I will be a freak

all through the night until the early morn

c’mon and I will take you around the hood

on a gangsta lean…”

All aboard the Stankonia Express
The underground smell road
Everybody’s lookin’ for an excuse to let loose
What’s your locomotive?”

The disorientation starts early, as Stallings declares her work an “ambivalent black feminist text,” (26) eventually challenging the Lorde herself in a counterreading of sensation, ethics, and pornography in Mama Audre’s writing. Methodologically, Stallings asks us to ‘trans’ black studies in an effort to free ourselves from the scripts of gender and morality that have constricted some of our most visionary political work. The ‘trans’ing begins with an excavation of black freakery in the Victorian era, engaging 19th century sexologists and freakshow performers. By tracing the lucrative hustle of sexual magicians, Stallings reconstructs a funky lineage without recourse to genealogy, mapping the party sites of “sacredly profane sexuality” without obeying the imperative to render the black body properly cartographic, and thus detectable on the map of Man (10). Throughout the book, Stallings funks with time-space as we know it, showing through her “spectable,” but never respectable, re-visioning that “black public spheres too reliant on nostalgia and respectability can be reinvented using cultural legacies of transaesthetics to create new political strategies” (50, 89).

Though Funk the Erotic is in the best tradition of literary criticism, I still found myself hailed both as a black femme superfreak and as an anthropologist. Readers across scholarly orientations will be piqued by the theory of “funky erotixxx” as an site of alternate self making that does not seek to normalize blackness into the overrepresentation of Man. With funky erotixxx, Stallings builds on what Hortense Spillers conceived as the ungendering of blackness through chattel slavery, and the irreconcilability of blackness with labor, to mount a critique of work society and the patriarchal notions of gender it relies upon. As part of the dissembling of capital as a hegemonic frame, Stallings challenges the notion of ‘sex work’ as a way to describe black erotic survivance, arguing that freakiness is able to expose the white supremacist fantasy of work as natural, and to thwart human ethics and morality. Staying gendered within the assignments of man and woman and accepting the boundary between public and private with work ethic and family would make it difficult for slaves and free black people to ever speak of their own intimate lives or their own right to be and become free. Funk’s freakery introduced unique causality and agency that would provide rhetoric for black intimate lives. (37)

Intentionally orgiastic, Funk the Erotic offers a new pantheon of saints to help divine the sacredly profane, including literary theorists Robert Reid-Pharr and Fred Moten, pornographers Wanda Coleman and Shine Houston, critical geographer Katherine McKittrick, gravity-defying stripper duo the Snack Pak, and novelists Zane, Octavia Butler and Red Jordan Arobateau. In this shrine to that which stanketh, I found the funk most powerful in Stalling’s deconstruction of respectable black love. Though a reading of Octavia Butler’s final novel Fledgling, Stallings posits marriage and monogamy as a “form of dispossession and displacement of poor people through the US empire’s management of intimacy and relationality revealed most succinctly when we begin with black women’s stank matter, rather than black men’s and white women’s practices of nonmonogamy” (125). Instead of falling back on newly hegemonic notions of ‘ethical slutting,’ Stallings pushes us to consider decolonial visions of freaky black nonmonogamy that unmoor the colonial grip on orientation, rather than domesticate our longings for one another. 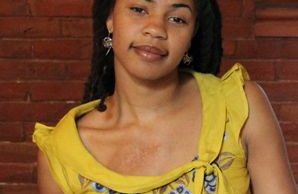 Savannah Shange is a queer femme youth worker and joint doctoral candidate in Africana Studies and Education at the University of Pennsylvania. She studies circulated and lived forms of blackness using the tools of anthropology, Afro-pessimism, and queer of color critique. Her dissertation is an ethnographic study of antiblackness and multiracial coalition in San Francisco, and her writing can be found in Women and Performance and on The Feminist Wire.