EMERGING FEMINISMS, If College Heterosexual, Cis Men were Raped More than Everyone Else – The Feminist Wire

Home / Academia / EMERGING FEMINISMS, If College Heterosexual, Cis Men were Raped More than Everyone Else

EMERGING FEMINISMS, If College Heterosexual, Cis Men were Raped More than Everyone Else

If you find this title ugly, you’re right. It’s jarring and upsetting.

So is sexual violence.

I’m a professor of sociology and women’s, gender and sexuality studies, and I’m puzzling over the response to the findings of the largest study ever conducted on sexual harassment, assault, and rape among college students.

Across all institutions, the overall rates of penetration or sexual touching with force or when incapacitated is 11.7%. But that average differs greatly across groups of students from a high of 24.1% for TGQN students and 23.1 % for cis women to a low of 5.4 % for cis men.

The prevalence of the most serious type of sexual assault, an act that involves penetration due to force or incapacitation from alcohol or drugs is greatest among undergraduate TGQN students at 12.4% followed by undergraduate cis women at 10.8%.

According to the 2014 report issued by the White House Council on Girls and Women, survivors of sexual assault can suffer from post-traumatic stress disorder (PTSD), depression, alcohol or drug abuse, all of which can impede their success in college. Yet the recently released AAU study documents that most students do not inform campus officials when they’ve been harassed, assaulted, or raped.

Reporting rates range from 5 to 28%, depending on the behavior. For example, stalking (28%) and penetration with physical force (25.5%) are reported most often while sexual contact with incapacitation (5%) is reported the least.

Why not? The most common reason given is that students perceive the incident “wasn’t serious enough.” Other reasons include that students felt “embarrassed, ashamed or that it would be too emotionally difficult.”

A number of media outlets published the findings of this study when it first became public on September 21, 2015. But since early October? Nearly complete radio silence.

Why isn’t the epidemic of assault and rape against TGQN and cis women college students causing a nonstop public outrage?   Where is the outcry?

One way to understand the answer to that question is to consider: who is safest from experiencing assault and rape during college? If we think of sexual violence as the public health problem it is, as identified by the World Health Organization, the question becomes: whose bodies carry the least risk?

The bodies of heterosexual, cis men.

To be clear: no one is 100% risk-free. Heterosexual cis men are not walking through their college years impervious to all sexual violence. When compared to everyone else, though, they disproportionately enjoy higher rates of safety while they seek a college degree.

How would our society react if the study’s findings were turned around? That is, if heterosexual, cis men suffered the highest rates of sexual violence during college?

There wouldn’t be radio silence, that’s for sure.

If heterosexual, cis men consistently suffered the highest rates of sexual violence while maintaining their status in society as the most privileged by gender, sexuality, and educational status—in other words, if everything was the same except that our nation’s men were assaulted and raped at rates higher than everyone else, our collective reaction to sexual violence would dramatically change course.

Why? Because that’s how privilege works.

Living in a patriarchal culture as a heterosexual cis male means that one can go to a party, drink in a bar, walk home alone at night, flirt with friends or strangers, and generally live one’s life without fear that any of those behaviors might result in sexual harassment, assault, or rape. That freedom from worry and fear is what privilege looks like.

But if the social problem of sexual violence was a public health epidemic for college, cis men, the whole concept of sexual violence, and what it means to be a victim survivor, would dramatically shift. In the following, I propose in concrete ways what that transformation might entail.

I want to emphasize that I am in no way suggesting that anything about sexual violence would be “better” if heterosexual, cis men suffered more than everyone else.

Assault and rape are horrific. The way forward is to eliminate sexual violence for all victim survivors.

And to be clear, the high rates of sexual violence against cis women, queer, trans, and gender nonconforming students as well as the lack of resources to stop sexual violence are all linked to a larger system of inequality by gender, race, and sexuality. Changing one aspect of that system such that those with the most social power—heterosexual cis men—suddenly suffered more than everyone else would not end that larger system of oppression.

The purpose of the following musing is to demonstrate what concrete interpersonal, institutional, and cultural changes might occur if the most privileged college students were to suffer the most.

Consequently, it also points out the lack of attention and resources for those students who actually suffer most from sexual violence (this list is not comprehensive by any means):

No one would consider as relevant what men were wearing at the time of the crime.

No one would ask if they had been drinking.

Victim survivors would not consider whether they were drinking to be relevant.

No one would confuse violence with drunken flirtation.

In fact, no one would confuse entitlement, power, and violence with attraction and sex.

No one would ask victim survivors if they were walking by themselves at night.

No one would film assaults against men while others stood by or looked the other way because no one would react passively.

No one would blame male victim survivors for the crime.

Men would report the crime. And campus authorities and the police would believe them.

There would be comprehensive education about sexual violence.

There would be comprehensive education about sex and consent.

This education would start in middle school, if not grade school.

Colleges and universities would offer impartial campus judicial systems to alleviate any possible conflicts of interest.

Comprehensive mental health services would be available at every college and university.

PTSD symptoms would be taken seriously by everyone.

Professors would be trained about how to recognize PTSD symptoms in the classroom.

Professors would announce the mental health services available to all students on a regular basis.

The media and academic debate about trigger warnings for course content on rape would be respectful and compassionate (regardless if positions were for or against the use of such warnings).

Colleges and universities would conduct campus climate studies annually, and publish the results on their websites.

Bystander intervention programs would be federally funded. Colleges and universities would require all incoming students to participate in such programs.

The media would regularly publish investigative news articles denigrating the lack of protection for our country’s men as they seek higher education.

Parents Against Rape (PAR) would mobilize, and demand stronger institutional protection for their sons in college.

The White House would issue an annual report card grading institutions on campus safety so that students and parents could make informed choices about their investment in college education.

The rates of harassment, assault, and rape would drop dramatically because of these responses and resources for safe campus life.

Can you imagine a US society where seeking a college degree is guaranteed to be a safe experience, free of sexual violence, for all students?

Why would we settle for anything less? 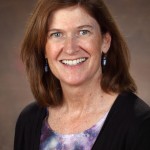 Julie A. Winterich is an Associate Professor of Sociology and Anthropology, and the Director of Women’s, Gender and Sexuality Studies at Guilford College, a small, Quaker liberal arts college in Greensboro, North Carolina. She loves teaching and supporting students, and works in different roles to help prevent sexual violence on campus. She is often inspired by an amazing student group she advises, the Sexual Assault Awareness and Support Advocacy, and their work organizing community events to eradicate sexual violence and to promote healthy sex. She has published a variety of academic articles on gender, sexuality, and health, and her recent essay, “Trigger or Not: Warnings Matter,” appeared in the October 9th edition of Inside Higher Ed.