The deaths of Michael Brown, Jr., Vonderitt Myers, Jr., Kim King, and Kajieme Powell, and the Ferguson Uprising, thrust Missouri into the spotlight, exposing to the nation and the world that systemic racism is alive and thriving in the “Show-Me State.” The revolutionary activism that overwhelmed streets in St. Louis City and Ferguson energized a transnational movement around the value of Black lives. One might think this kind of attention would cause state lawmakers to think more inclusively and less oppressively when creating policies for their constituents. But as the first week of Missouri’s 2016 legislative session comes to a close, it is evident that racial justice is not a priority for Jefferson City’s GOP leaders, and that majority leaders in Missouri will repress meaningful transformations at a policy level.

On December 11, Representative Mike Moon (R-157) of the Missouri State House sponsored a bill called the “All Lives Matter Act” or HB1794, which will change the definition of an unborn child to include life beginning at conception. Not only is HB1794 unnecessary considering the Missouri constitution already characterizes an unborn child as such during inception, it is an example of the strategic ways the state targets Black female bodies. By hijacking the prolific chant that has become the title of a movement led by a new generation of human rights activists and recontextualizing it, Rep. Moon is further marginalizing Black women. By sponsoring this bill, Rep. Moon suggests that the state of Missouri codify into law the assertion that Black women are killing their own children, are incapable of making decisions about their own bodies, and cannot control their sexual desires. All of these characterizations perpetuate historical, violent, and harmful stereotypes of Black women that reveal the deeply-rooted relationship between race and sexual politics.

Sponsorship of this bill is an important moment and an opportunity for the mainstream reproductive health movement to show up for Black women. Because the ways in which the state and dominant culture work to marginalize female bodies are highly racialized, the struggle for reproductive justice for Black women necessitates an expansive critique of white supremacy. Yes, abortion rights are important for all women and access to adequate health care is a critical issue, but Black women must also protect their physical bodies and offspring from other forms of state violence.

Black women are specifically targeted in the “All Lives Matter Act” in an effort to underscore and undermine the legitimacy of the movement for Black lives. The Ferguson Uprising was full of Black women who boldly exercised autonomy over their bodies by taking to the streets in protest. In opposition, the “All Lives Matter Act” attempts to restrict the rights and bodily autonomy of these same women. Moon delegitimizes the Black women who served as a catalyst for the resurgence and revitalization of the Black liberation struggle in the United States by suggesting they’re incapable of making well-informed decisions for themselves and those they care for, and invoking tired tropes of “welfare queens.” The “All Lives Matter Act” aims to diminish the agency that Black women are able to exert over their own bodies.

The heinous and concerted effort by elected officials in Jefferson City to maintain their power in Missouri is evident in the current legislative session. There are bills attempting to silence the resistance of students on college campuses, to eliminate rights given to women via Roe vs. Wade, and to prevent trans and gender expansive students from using non-binary restrooms. This proposed legislation represents a symbol of the threat to power intersectional movements such as Black Lives Matter pose. More specifically, through the “All Lives Matter Act,” Rep. Moon is exerting his privilege to perpetuate the type of violence that has been committed against Black women in the U.S. since its inception. If Moon believed that all lives matter, he would instead sponsor legislation that addresses the broken education system, mass incarceration, police brutality, and the minimum wage to improve the life of Missourians. If Moon really believed all lives matter, particularly the lives of children, he would address the fact that in some areas of our state, the infant mortality rate is four times higher than the national average, and he would support Medicaid expansion and other measures to eliminate this problem. Rep. Moon clearly does not believe that all lives matter and he certainly does not appear to believe that Black lives matter.

Everyone is negotiating the merit of the Black Lives Matter movement, but this is not enough. When elected officials work intentionally to target and oppress the most vulnerable of our society, resistance is necessary. In order to find justice, we need to have frank conversations about the situated positions of Black women in our state. Missouri is not exempt from our nation’s history of using sexual violence as a tool of oppression against Black women, and this drives the distinction between mainstream reproductive rights work and reproductive justice. In this nation, Black women have been raped by slave owners and police officers alike, sterilized in prisons, and endured seeing their children taken away, criminalized, and killed in the streets. They have survived being victimized and villainized for trying to protect themselves and those they care for from physical and sexual violence of all forms. These are examples of state violence, and the “All Lives Matter Act” is nothing more than a playbook on how the state of Missouri can and will continue to normalize and protect these and other forms of state-sanctioned violence against Black Women.

We must challenge the mainstream reproductive health conversation and meaningfully engage the movement for Black lives by practicing critical self reflection and assessing the manifestation of white supremacy in all spaces we occupy: workplace, church, school, community groups, and the legislature. We must expand the scope of our work to address all forms of oppression. To achieve reproductive justice, we must examine the intersections of police brutality, gender, sexuality, and bodily health. We must speak up and out against oppressive legislation if there is any hope of seeing a day where Black people walk wholly in their rights as human beings in this nation. 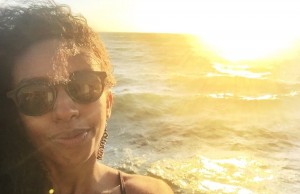 Christine Assefa is a refugee child who centralizes the interests of Black working class women in her work. As an organizer with the Organization for Black Struggle, Assefa uses Black Feminism as a tool to examine the intersections of gender, police brutality, and bodily autonomy. Assefa’s work encompasses reproductive justice, legislative advocacy, police accountability, and mass movement building.