In Support of Black Girls’ Defiance – The Feminist Wire

In Support of Black Girls’ Defiance

Much of mainstream America witnessed the police brutality that took place at Spring Valley High School in South Carolina, in which a Black girl was yanked and physically dragged across her classroom by a school police officer because she refused to give up her phone and leave the classroom. #‎AssaultAtSpringValleyHigh has lead to tweets that re-share and expose data on the discipline rates of Black girls in the United States. According to the NAACP and National Women’s Law Center (2014), during the 2011-12 school year, 12 percent of African-American girls, from pre-K through 12th grade, were suspended. These behavioral management and disciplinary mechanisms create environments by which young people learn that they are the problems – the ones that need to be externally and internally managed.

The important thing to recognize is that the punishment of this young Black woman – a girl – occurred long before Deputy Ben Fields entered the classroom. As Black feminists have urged, others must begin to see the ways that the state agencies – including the criminal justice system and educational system – are a part of a larger structure of anti-black misogyny – misogynoir – that enabled the violence. As we become increasingly enraged by the brutalization in this video, we must consider that we should have been angry even before the video presented itself to us.

The Violence of the Criminal Justice System

We should have been enraged when her punishment began with our perpetual reliance upon a criminal justice system that does not protect, but punishes Black women and girls, and other women of color – particularly the poor and survivors of intimate violence.

Studies suggest that Black women and girls are more likely to encounter violence than any other racial group in this country. According to Black Women in the US 2014, issued by the Black Women’s Roundtable from the National Coalition on Black Civic Participation, “In addition to the increased likelihood of becoming a victim of homicide, Black women also face increased exposure to a wide range of violent crimes. Overall, Black women are more than twice as likely as white women to become a victim of violent crimes (44.5 vs. 19.6 rate per 1,000 persons).”

As Black feminists and other feminists of color have shown, Black women and non-Black women of color are often criminalized and punished for defending themselves against violence. For example, scholars and activists have rallied behind Marissa Alexander against the criminal justice’s dual form of punishment – one that failed to protect her from a partner that abused her and one that criminalized her for defending herself and her children against him.

The Violence of the School Discipline System

According to the U.S. Department of Education’s Civil Rights Office (2014), 12% of school-aged Black girls across the country have experienced out of school suspensions, compared to 7% for Native American girls, 4% for Latinas, and 2% for white girls. Nineteen percent of Black girls with disabilities have experiences with out of school suspensions. In another study conducted by the African American Policy Forum and the Center for Intersectionality and Social Policy Studies at Columbia University (2014), which examined Black girls’ experiences with school discipline in Boston and New York, 12% of black girls across the city’s public schools had been suspended in 2013 compared to 2% of their white peers. The study also found that ninety percent of girls expelled from New York Schools in 2011-2012 were black, while none of the girls expelled were white. Most of the girls’ offenses were for talking back, “giving attitudes,” or not following directions, which are characterized as “disobedience” or “defiance.”

Black girls (and their male peers) are also being criminalized and punished by school authorities for effectively navigating through the educational system despite the violence. When Black girls demonstrate their abilities to succeed and thrive or expose and resist the structures that insist on subjugating them, they are punished. For example, Deputy Fields arrested Niya Kenny when she was caught questioning and videotaping her classmate’s brutalization. These forms of punishment do not necessarily mean that the girls will end up in prison, but that the school itself is a form of incarceration for them.

In my research on gender, anti-Blackness, and school discipline, Black girls are perpetually punished by administrators, teachers, security, and their peers. Their experiences with punishment are perpetual and mundane. In the case of Spring Valley High School, it seems as though brutality against a Black girl by the police is either expected or commonplace, such that her classmates barely flinched (through fear or numbness) at the sight of their peer being thrown across the classroom. We should have long been enraged about a society that enabled a police officer to treat a Black girl as an inanimate object in front of a room full of people.

The Violence of the Educational System

We should have been enraged when it began with the U.S. educational system, which does more to punish young people, especially Black and other poor non-Black students of color, than to educate them – in ways that they would like to be educated and for more than STEM- based careers. The U.S. history of schooling has been to acculturate and assimilate students into a structure that requires the subjugation of Black people for it to thrive. Currently, Black youth are the ones most inclined to attend schools with surveillance cameras, metal detectors, and police officers. At the same time, in school districts that serve predominantly youth of color, fast-tracked restorative justice and positive behavioral management programs have been implemented to help students to self-manage their behaviors. Neither the school, its agents, nor the entire system that perpetually excuses police officers for killing Black people is implicated or indicted.

In Support of Black Girls

As studies and various surveillance videos, including police dashcams and mobile phones that capture anti-Black brutalities, have exposed, Black women and girls are up against multiple forms of violence. When they resist or defend against these conditions, they are subject to more violence and punishment. It is necessary that we see the behaviors that are being deemed criminal or disobedient as acts of bravery and self-preservation.

Thus, the problem then is not only with Deputy Fields or school discipline. The problem is that we all live within, and many have been complicit in, a structure that is systematically violent against Black women and girls. While many should have been enraged a long time ago, we must heed the imperative of #WhyWeCantWait. The time is now to support Black girls, their rage, and their resistance. 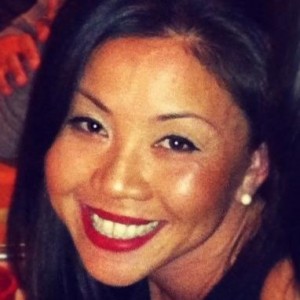 Dr. Connie Wun’s research is closely informed by her experiences as a woman of color, former high school teacher, sexual assault counselor, and anti-prison activist. Her work focuses on anti-Blackness, carcerality, and racial and gender violence – specifically as they relate to school discipline and punishment. She has published in Critical Sociology, Educational Philosophy and Theory, Journal for Curriculum and Teaching, and Journal of Educational Policy (forthcoming). Her publications can also be found on truth-out.org and the Berkeley Review of Education.

Related Items#WhyWeCantWaitBen FieldsfeaturedNiya KennySurveillance
← Previous Story EMERGING FEMINISMS, Dear Communities: In Lieu of a Conclusion to the “Collective Voice of the Voiceless”: Campus Violence, Resistance, and Strategies for Survival
Next Story → EMERGING FEMINISMS, I Am A “Failure” To China, But Let’s “Fail” Together