COLLEGE FEMINISMS: Hillary Clinton for President? Why She’s Not the Woman We Need – The Feminist Wire

Home / Academia / COLLEGE FEMINISMS: Hillary Clinton for President? Why She’s Not the Woman We Need

COLLEGE FEMINISMS: Hillary Clinton for President? Why She’s Not the Woman We Need

Hillary Clinton is a woman and as it turns out, this is big news. Back in 2012, both Clinton and Barak Obama fought for the Democratic nomination, and perhaps fought even harder to distance themselves from their gender and race, respectively. This time, Clinton is ostensibly embracing her womanhood, openly sharing her personal experience balancing work and motherhood, and addressing issues such as reproductive rights, violence against women, and unequal pay for equal work.

With her emergence as the likely 2016 candidate for the Democratic Party, Hillary Clinton is the new boss of feminism. While the public is quick to label her as a feminist, Clinton has never actually called herself the F-word. Though she may not call herself a feminist, Clinton does offer the US a type of feminism. As a wealthy, white woman, she offers a reductive type of feminism: capital “L,” white Liberal feminism. Her efforts do not seek to deconstruct the current system; she merely works within the existing system, attempting to extend the sphere of privilege. Clinton’s feminism integrates women, disproportionately wealthy, white women, into the preexisting white supremacist capitalist patriarchy. In her book, Hard Choices, she defines feminism as favoring equal rights for women. But to which women does this feminism offer equality? And to whom are they equal? Liberal feminism seeks to elevate women to men’s social, economic, and political statuses, instead of deconstructing the hierarchical systems of domination creating inequality in the first place—white supremacy, patriarchy, and capitalism. Even if women gain this sort of formal equality under the law, this type of on-paper equality does little for the dominant and highly ingrained misogynistic treatment of women and particularly women of color.

Clinton has publicly and explicitly placed women’s issues at the core of US foreign policy, addressing rape and sexual violence as a weapon of war. She has visited states all over the world, from South Africa to the Democratic Republic of Congo, talking to survivors and condemning systematic violence against women. But while she addresses these issues, she simultaneously advocates for policies that directly oppress women. For example, Clinton is an outspoken supporter of Jewish settlements in the West Bank, which seek to grab disputed lands and are used as pawns in negotiations between the Israeli government and the Palestinian Authority.

Clinton’s support of Jewish settlements in the West Bank pokes holes in her advocacy for rights for all women because it demonstrates how narrow, selective, and oppressive her feminism is. By supporting these imperialist settlements, she is perpetuating white supremacy. White supremacy relies on patriarchy and racism, which seeks to control all women’s bodies, to maintain dominance. Thus, as Hillary perpetuates violent policies and reinforces interlocking systems of domination, she is actively oppressing women, in this case Palestinian women, contrary to what she preaches.

There is also an important power imbalance between the US, Palestine, and Israel, since Israel receives more foreign aid from the US than any other state in the world. The US benefits from the Military Industrial Complex they’ve created and US companies profit greatly from the endless war between Israel and Palestine. Consequently, Palestinian women face numerous intersectional and systemic oppressions created and maintained by the US.

If Clinton creates and supports violent, oppressive policies, then her gender is irrelevant. She is just another cog in the wheel of white supremacy, capitalism, and patriarchy. It’s worth considering, what work does Clinton do, as Secretary of State and potentially the first female president, for our understanding of the rule of law and justice? If she offers us a friendly white woman’s face, which is falsely synonymous with “good,” “righteous,” and “moral,” will she have the power to become an even more insidious force in US government? Will her power and oppressive policies remain unchecked, and even more so than those of her male counterparts?

When Barak Obama was elected, the first question every major news site asked was something along the lines of, “Have we entered a post-racial society?” If Hillary Clinton is elected as the first female US President, we will have to contend with questions as to whether the “glass ceiling” has officially shattered or whether we are now living in a “post-feminist” society. However, if we are considering glass ceilings, it’s necessary to question which ceilings are being shattered. Who is shattering them, and who is benefitting from it? There are innumerable feminisms and there are innumerable glass ceilings to shatter. We cannot hold Clinton’s ceiling as the one, all encompassing ceiling. If she is elected to Presidency and she shatters this one ceiling, what will happen to all of the other women whose heads are pressed against different ceilings with thick glass, out of Clinton’s line of vision?

After Obama was elected and mainstream media declared that we were living in a post-racial society, there was a spike in mass incarceration of, and police violence against, the Black community. If Clinton is elected, and we believe that we’re living in a post-feminist society, could we imagine that violence against women would increase rather than decrease? Claiming to live in a post-feminist society ignores the existing societal oppressions against women. This is especially worrisome for women of color, as they will continue to face intersectional erasure because both race and gender declared as non-issues.

Hillary Clinton calls for unity in the struggle for women’s rights. This type of so-called unity erases difference and it ignores the diverse contexts of women’s lives, which consequently means that the rights gained in the fight for women’s liberation will, by default, be claimed by the most privileged women. Until Clinton preaches an explicitly anti-racist, anti-imperialist feminism and ceases to condone or pursue racist, imperialist endeavors, she will never be proponent of any type of useful feminism. Until she sharpens her oppressive call for women’s empowerment, Clinton’s feminism will remain, to the detriment of everyone, a white Liberal feminism. 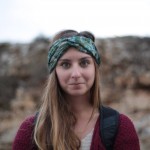 Aviva DeKornfeld is a Junior at University of Texas at Austin. She studies Sociology, Gender Studies, and Creative Writing, and seeks to understand the world in which she lives. Her goal in life is to tell meaningful stories.