#BlackChurchSex: Taking the Harness Off the Mouths of the Oppressed – The Feminist Wire

Home / Black Women / #BlackChurchSex: Taking the Harness Off the Mouths of the Oppressed

#BlackChurchSex: Taking the Harness Off the Mouths of the Oppressed

“And they overcame him by the blood of the Lamb, and by the word of their testimony.” –Revelations 12:11

“Are you sure you want to be well? … [W]holeness is no trifling matter… A lot of weight when you’re well.” -Toni Cade Bambara, The Salt Eaters 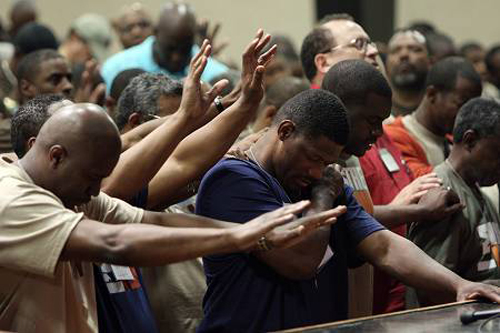 On May 14, 2015, I started the hashtag #BlackChurchSex on Twitter and within hours it started trending across the interwebs. I was compelled, or led of the Spirit, if you will, to start the hashtag after participating in an impromptu conversation on Dr. Brittney Cooper’s Facebook page. Cooper, who I regard highly as one of our leading public thinkers, was discussing the ways Black churches propagate flawed, harmful and, oftentimes, violent theologies about Black female sexuality, ultimately causing double standards to exist between men and women, but even more so between women (i.e. the sanctified sisters verses “the hoes”).

The conversation intrigued me, so I took a look at the comments that people were posting about how they, too, had been oppressed by the Black church as it pertains to having healthy and transformative conversations about sex, gender and sexuality. I was even forced to wrestle with some of the problematic assumptions about sexuality I held because of my upbringing in the Black church. I even recalled moments when I felt conflicted about my walk with God and my own humanity. It was at this point that I chimed in and posted:

…and then us [young folks] grow up with flawed concepts of sex, gender and sexuality, no consideration of how a lot of these theologies inform the violence we are both victim to and complicit in, and we have no language for what we ‘humanly’ feel. All I know is that in the Pentecostal holiness church bible studies and even in those Sunday school classes at Grandmama’s Baptist church, they often skipped over the Songs of Solomon. Only recently have I asked my grandmama why that was the case, and she said, “Well when folks don’t know nothing about that [kind of] stuff, you can’t expect them to teach it.” So yes I’m all in—we need new theological tools and language.

I felt inspired to expand the conversation after speaking with my grandmother. #BlackChurchSex seemed like a logical next step. “Black Church” and “Sex” situated together would surely arouse feelings of repulsion in Black church spaces, I thought. But the lack of raw and transparent conversation about our whole sexual selves seemed too important to allow others’ discomfort to stymy dialogue.

Soon, my friends who are Christians and progressive thinkers joined the conversation. People began tweeting about incidences of rape, incest and child molestation that occurred in the church; incidences of forced impregnation and excommunication from churches; the ways Black men used the Bible as a tool to uphold cisheteropatriarchy; how Black male preachers infantilize Black women by valorizing virginity and asexuality, while lusting after Black women’s bodies from the pulpit and/or in church offices; how certain kinds of queerness are accepted and affirmed while others are demonized. The conversation was life changing, convicting and liberating.

And of course, along with this critical conversation, came churchgoing people from the religious right who condemned me to hell. I was called a “whoremonger,” “an abomination,” “confused,” and then others, namely Black male pastors, attempted to attack my masculinity by calling me “effeminate” “faggot” and “transgender.” In many ways I was made to feel like Jeremiah thrown in the dungeons of Israel and Judah, like Daniel thrown in a den of lions in Babylon, like Jonah in the belly of a whale on his way to Nineveh, and perhaps, like Jesus nailed to an old rugged cross next to two social bandits.

The very notion of me carving out digital space for open dialogue about Black sexual politics in the Black church was considered a threat to the status quo. Pastors and laypeople sent me more Bible passages than I can count, without even knowing that I am well-versed in scripture, that I used to teach Sunday school and Bible study at my home church, and that I, at one point, was a fire-and-brimstone Pentecostal Holiness preacher during my early teenage years. I say all of this to say, I know “the word of God” but I also approach the Bible with, what womanist scholars, call “a hermeneutic of suspicion.”

After having gone away to boarding school and to Williams, and after having been radicalized by the #BlackLivesMatter movement, my identity as a Christian freedom fighter has consistently evolved. My way of thinking has shifted, and for the better. The ever-present discrepancies between what takes place inside churches and the spiritual experiences I have encountered absent of traditional Black church practices have pushed me to be critical of organized religion. In sum, the Jesus I was handed as a child is not the same Jesus that I know, love and worship today.

I am a believer. I believe that Jesus Christ is the blessed Son of God who died—sacrificially—that I might live, but I also believe that his death, like the ruthless murders of so many Black folks today, was a result of state-sanctioned violence.

I believe that Jesus was born to Mary, but I also I believe that Mary was a single, Black mother raising a Black son in the ghettos of Northern Africa and the Middle East.

I believe that prayer works, but I also know that faith without works is dead.

I believe that God has standards for how we might live ethically and holy, if you will, but I also know that God made us human, with sexual desires, with sexual inclinations, and with unique sexual orientations and gender identities.

I believe that God is not gendered, but that we, as human beings in a cisheteropatriarchal society, made God a man.

I believe that God, the Spirit, is not raced, but I know that enslavers and colonizers gave us a racialized white, blond-haired, blue-eyed Jesus, when Jesus Christ, the man, was politically Black.

I believe in spirits, energies and universal forces, but I also believe that everything that the Black church has called a demon, was and is not a demon, but simply nothing more than something the Black church did not have language for, familiarity with, or the courage to come to understand.

I approached the #BlackChurchSex conversation with these beliefs, but I also approached it as a survivor, a church kid with a wounded spirit, and as a preacher who left the pulpit in my younger years because of church hurt, manipulation and cult-like practices guised as healing. So, when I broke the silence on Twitter, I was engaging in my own internal healing process, a public wrestling with my call to ministry, and a Spirit-led action to call out the false prophets who have taken Black church pulpits by storm. When others joined, we collectively and perhaps prophetically, embodied the spirit of Biblical prophets Huldah and Jeremiah, and exclaimed, “Woe be unto the pastors that destroy and scatter the sheep of my pasture! saith the LORD” (Jeremiah 23:1).

Ahmad Greene-Hayes is a writer and community organizer who works at the intersection of criminal justice and sexual violence prevention with Black Lives Matter: NYC and Black Women’s Blueprint. Follow him @_BrothaG and check out #BlackChurchSex on Twitter.