The following 5 pieces were finalists for our 1st TFW Poetry Contest, judged by Evie Shockley.

Please click the above link for an audio recording of “Black Boy Contrapuntal” by Sequoia Maner. 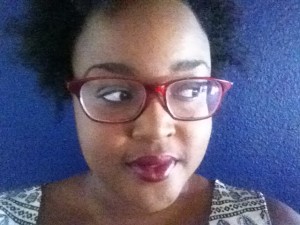 Sequoia Maner is a PhD candidate in the Department of English at the University of Texas at Austin. She received her Bachelors in English from Duke University. Her scholarship concentrates on performances of black masculinity, the radical potential of hip-hop culture, and the formal aesthetics of black poetry. Her most recent projects look at the art of Evie Shockley and Kendrick Lamar. During the 2013-2014 school year, she served as graduate assistant to the Texas Institute for Literary and Textual Studies (TILTS) which brought Junot Diáz, Sherman Alexie, and Julia Alvarez to campus. She has also served as the graduate coordinator for P.S. Poetry, a monthly reading series which has featured poets such as Roger Reeves and Lisa Olstein.

sanctuary
.
women are taught that first love/look like sisterhood/taught the way a womanhold her sister is the way she hold herself/her god say she is her sister’skeeper/and her sister need good hands to hold the jump rope sturdy/her sisterneed still hands to keep the wolves at bay/her sister need strong legs/the kindthat don’t bend and buck  when blood come just’a rushing out her head/or hernose/or between her legs/her sister need know how to clean the wounds tilsewn/how to braid the wool with pomade/how to fill the cup until liquorpoureth over/how to keep the liquor from pouring over/and sloshing out/all outinto the world/where a black woman already made to look like a mess/like anoil spill/like a junkyard dog with no chain/no sister want to be no dog with nochain/or no home/or no man/no sister want to be no dog no how/no sister wantto be so common/that all she know is hunger/no sister want to bark at the scentof a man/no sister want to be the type that howls lonely/the kind to keep herclosest sisters like a broken chain/with they back all crooked/and they edgesruined from the flood/the world so full of floods calling themselves love from theruin of a shattered dam/no, a sister want to be the type of sister who can keepher kin safe/until her safe become familiar/a sister want to learn to keep herhands open with love/until her love become as holy/as her mother’s name/asister want to be the type to build the bridge/that keep a sister from sleeping inthe trenches/a sister without this type of currency/is a broke woman/and everysister need know her hands were blessed/for something more rich/every sisterneed know a tribe of women willing to pad/her knees and elbows with sheabutter/willing to sing wind into her hair like a prayer/a sister want to be thetype to be prayed for/til prayer becomes mantra/til mantra find a home in herbones/til mantra stretch itself wide/and reach her fingertips/til her fingertipshold the jump rope for her sisters/til her fingertips keep the other wolves atbay/til the wolves hear the hymn/and know she is a sister with sanctuary/andthis sanctuary got the type of hymn that her blk woman mouth be singing/ even
though everything around her say run 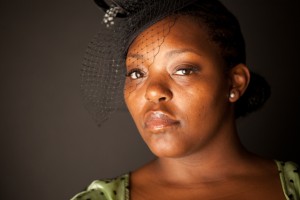 Mahogany L. Browne is the author of books including Swag & Dear Twitter: Love Letters Hashed Out On-line, recommended by Small Press Distribution & listed as About.com  Best Poetry Books of 2010. She has released five LPs and toured Germany, Amsterdam, England, Canada and recently Australia. Her journalism work has been published in magazines Uptown, KING, XXL, The Source, Canada’s The Word and UK’s MOBO. She is an Urban Word NYC mentor, as seen on HBO’s Brave New Voices, facilitates performance poetry and writing workshops throughout the country. She is the publisher of Penmanship Books, Director of Poetry & Friday Night curator of the famous Nuyorican Poets Cafe.

Runaway
.
whites   they like   when we trouble
their speech   slur our words  con-
fuse their meaning –
they mistake
us—
.
………..our eyes always
cast down—and it is needful   we do so—
cast down our eyes—
for even the soft massa know
they would not like
what they see if they did see
us—
.
they call us
thief if
we runsaway
tell us bible
say it so—
.
well  i dug my hands
into that ‘bama mud   to try
& scrape some of that good
dark earth home—
saved my cowrie
shell, my bit of blue
cloth, my baby’s cry inside my head—
i would have stole her   hair   eyes
her hands   if i could—
but
i guess—
i only stole
my self—
.
don’t  look at me miss   mary
don’t look         even you
, 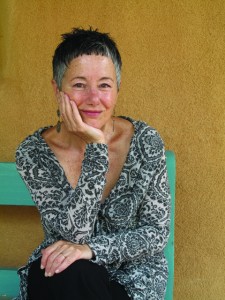 Veronica Golos is the author of three books, Vocabulary of Silence (Red Hen Press, 2011), winner of the 2011 New Mexico Book Award, poems from which are translated into Arabic by poet Nizar Sartawi, and A Bell Buried Deep (Storyline Press, 2005), co-winner of the 16th Annual Nicholas Roerich Poetry Prize, nominated for a Pushcart Prize by Edward Hirsch, and adapted for stage and performed at Claremont School of Theology, Claremont, CA.  A Bell Buried Deep is set to be re-issued by Tupelo Press. Her third book,ROOTWORK: The Lost Writings of John Brown and Mary Day Brown, Poems, will be published by 3: A Taos Press in 2015. Golos  is co-editor of the Taos Journal of Poetry & Art, and Poetry Editor for theJournal of Feminist Studies in Religion. She lives in Taos, New Mexico with her husband, David Pérez.

(after We Real Cool by Gwendolyn Brooks)

We beautiful Black boys. We

got so much poise. We

keep coming to an early end. We

got Mama’s who keep mourning. We

just want to see a new morning. We

smart and get good grades. We

keep getting so much shade. We

rise early and study hard. We

still got cops asking for I.D. cards. We

wear hoodies and travel with friends. We

tired of being seen through same old lens. We

want history to stop rewinding and repeating. We

don’t want to be a part of senseless beatings. We

need our brilliance to be widespread. We

got no choice but to move ahead. 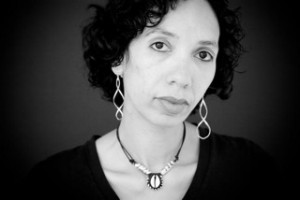 JP Howard aka Juliet P. Howard is a Cave Canem graduate fellow, member of The Hot Poets Collective and native New Yorker. JP’s debut collection of poetry SAY/MIRROR is forthcoming from The Operating System. She curates and nurtures Women Writers in Bloom Poetry Salon (WWBPS), a forum offering women writers at all levels a venue to come together in a positive and supportive space. WWBPS hosts monthly literary Salons in NY. JP is an alum of the VONA/Voices Writers Workshop and a Lambda Literary Foundation Emerging LGBT Voices Fellow. She was a Cave Canem Fellow in Residence at the Virginia Center for the Creative Arts, as well as a finalist in the poetry category by the Lesbian Writers Fund of Astraea Lesbian Foundation for Justice. Her poetry has been widely published, including in Nepantla: A Journal for Queer Poets of Color, Adrienne: A Poetry Journal of Queer Women, Wide Shore: A Journal of Global Women’s Poetry, The Best American Poetry Blog, MiPOesias, African Voices Magazine, Kweli Journal, The Mom Egg, Talking Writing, Muzzle Magazine, Connotation Press and Cave Canem Anthology XII: Poems 2008-2009. JP was awarded an MFA in Creative Writing from the City College of New York and holds a BA from Barnard College. https://www.facebook.com/WomenWritersinBloom.PoetrySalon

fr muslim girls1 who considered suicide / when the ummah wasn’t enuf2
fr mariam , khadijah, fatima, hajar, alla , yall,
fr our communities that hold us,
recite algebraic formulas against evil eye2
× al fatiha plus 3 astaghfirallahs =
your eyelashes wont fall out
written with such love and concern
fr when we struggle w them
against islamophobia ,
racism , the revolution
do our dawah n make
dua fr you, me, the deen
thinkin abt the dirty linen
we spent all night
foldin with our teeth clenched…
this is fr the muslim girls who are nvr
gna marry
fr the ones who infuse their every day
w islam bt still
arent muslim enuf fr
the ummah
fr the ones who cldnt wake up
to pray because they cldnt
get out of bed
fr the ones who feel like khadijah would understand their hustle / bt that imam jones
wont /  fr the ones wearing hijab because its easier than not / the ones who want to and
the ones who are tired of talking about it all again
the ones in the short skirts/ the ones in the lime green abayas / fr the ones in all black /
fr the ones who know how to cover up a black eye before the halaqa
fr the times we wondered if rape counts as zina / and if it’s double sins because it
happened inside the ummah
fr the ones who cut themselves open to feel sumthin already lost
fr the ones who skip prayers to smoke / who dont pray unless reciting al fatiha during
sex / fr the ones who dont want to talk abt sex
the ones holding hands in the mall / not bc theyre cuzins bt cuzz they find luv in it / the
ones who find revelation in the lines of their sweaty palms  / after readin poetry, playin
music, singin more than nasheeds
this is fr the muslim girls who want more than taqwacore / who are stuck somewhere
between night visions and dance clubs / the ones struggling to fuse worlds apart into
peace be upon you and pieces be into me
the ones who experience violence / bt never said alhamdulillah / who arent humble or
thankful or patient / fr the ones who are sick of ur shit / bt are too exhausted to say it
we survive on intimacy and inshallah’s / our spirits are too ancient to understand /
the separation of god n growth
my faith is too delicate to have thrown back on my face, my faith is
too cosmic to have thrown back on my face, my faith
is too raw to have thrown back on my face,
my faith is too magnificent to have
thrown back on my face, my faith
is too magical to have
thrown back on my face,
my faith is too pure.
too mine,
too nuthin,
too everythin,
to us,
to have thrown
back on my
face
-ameen
1
This poem is written for muslim girls but especially trans, nonbinary, genderqueer andnongenderconforming muslims. It is also meant to honor and pay tribute to ntozake shange’s for coloredgirls who have considered suicide / when the rainbow is enuf.
2
Ummah is an Arabic word meaning “nation” or “community,” used to convey the mythic connection ofMuslim “brothers and sisters” around the world.
Zanzooba Magdoos is a budding ethnic and gender studies scholar, poet/writer, jewelry-maker, mango-eater, and earth-shaker. Her main focus is trying to thrive and survive in a hypermilitarized white supremacist heteropatriarchial imperialist capitalist vortex without losing the things and people that are dear to her. She values sister-friend-love, deep commitments to caring for marginalized and vulnerable people, justice, and celestial stuff like sunsets and summertime. She spends most days imagining better and more vibrant futures, sculpting eyebrows, and flexing her space diva aesthetics in virtual and physical worlds.