In 2013, I began an internship with an academic publishing press. It seemed to be the perfect combination of my dream job: higher education and publishing. I was a young writer, my early love of children’s books had waned, and I no longer looked to fulfill my pre-teen dream of working in a lifestyle magazine. Despite being young, Black, and feminist, I was a published and experienced writer whose content addressed issues important to my peers and me.  After several internships at magazines and book publishers, I wanted to work with a more socially conscious press to round out my undergraduate career.  I wanted a more critical writing trajectory as I prepared myself for graduate school.

I found my intern home in my state’s historical society. Similar to accredited universities, institutions of history often hold their own prestigious publishing houses. Throughout my internship, my fellow intern and I made clear to our managers that our intentions were on progressive content and inclusive and diverse authorship.  We asserted our perspectives in individual and office meetings alike.  But we were the only Black folks in the department and we were part of a small “diversified” pool of workers institution wide. We felt the tension that often accompanies being the “only ones” in a work place, particularly in the most intimate inner workings of the Press in the acquisitions room. We witnessed overt racial violence in the reproduction of the same anti-Indigenous narratives over and over, the fear of “inexperienced” writers, and the consideration of prospective writers only if a “Ph.D.” accompanied their name. Much to my dismay, the historical society had the same cosmetic devotion to “diversity,” along with a finite amount of advocacy for diversity. Within our four-month stint, there was not an increased representation of ourselves in these books; thus, we felt it was time to expedite people of color’s contributions to public history. We demanded the institution to see us in the state’s history books and historical consciousness, and without a colonial lens.

My co-intern and I took the initiative to call these issues to attention. We tried to show the importance of bridging the gap between talent, story, and institutional racism.  The Press nodded, agreed, but failed to act on these obvious vacancies. Although it made us uncomfortable that we still need this conversation in 2014, we were willing to be facilitators between our communities and the institution. We networked, evoked excitement for a writing project within our diverse communities, and proposed an anthology to the Press. This anthology focused on a compilation of personal narratives by millennials of color in our state, which was over due.  We felt it would be an important entry point to introduce the Press’ work to communities of color. At first we were met with excitement from the Press, but then their focus turned to incessant questions about quality, veracity, and expertise.  Ultimately, these tropes created doubt about the project, and led to its demise. 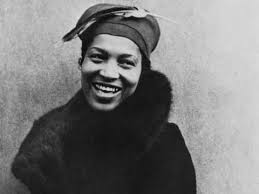 The consistent rejection of diversity in publishing is a paradox. As the industry attempts to stay current, relevant, and malleable in an increasingly digital age, it can no longer afford to deny Black and Brown authors and audiences. Academic and university presses must be accountable to diversity quotas, if not because it makes them money. More ethically, however, publishing is a pillar of cultural and knowledge production and must be all-inclusive because presses have a duty, onus, or what ever you may call it in cultural production. Presses have the power to orchestrate the circulation of knowledge and without the institutional commitment to eradicating injustice they’re asleep at the wheel.

The need for more just institutional representation of state constituencies is a major issue in the academic community as well. The academy is routinely criticized for its racism, sexism, and heteronormativity; it, too, validates pedigrees of whiteness rather than the diversity and quality of experience. We need to reflect more on the politics of unequal representation that is couched in the rhetoric of validity and eligibility. The constant privileging of English speakers and white folks perpetuates racist politics of knowledge production. The academy and academic publishing have integral roles in knowledge production and these roles must change.

Why do Black and Brown people have to continue to wait to be validated as knowledge and cultural producers? I believe any mediator between art and its exposure—editors, curators, and bookshop owners—hold the unique and simultaneous position of the Midas touch and that of gatekeeper.  Jessie Redmon Fauset and Toni Morrison are both legendary editors who have fought for what they knew would not just be one-day acclaimed books and capital generators; they published unpopular work that was essential to edifying the masses.  These key players in our literary history were revolutionary because minorities were seen as both financial and quality liabilities for presses—but they were clearly risks worth taking.

After our anthology’s rejection based on the Press’ apprehension of the book’s “writing quality,” I found refuge in Zora Neale Hurston’s words on publishing:

Publishers and producers…are not in the business to educate, but to make money. Sympathetic as they might be, they cannot afford to be crusaders.

But if editors and publishers aren’t willing to take the “risk,” then who will?

I began to study experiences like mine—ones that focused on rejection implicitly articulated through race. Studying the ways creators have balanced the tightrope of criticism, rejection, and praise provided me strategies that enabled me to continue to practice my craft and to recognize institutional racism when I see it.

I read The Indignant Generation and took direction from Black Professor Nick Aaron Ford who was the chair of Morgan State College’s English Department and a prolific writer.  His 1947 manuscript titled, “Fighting With Words,” was new, radical, and argued for the creation of a Black protest tradition.  However, it was rejected by racist editor Allen Tate at the University of Illinois Press who refused to publish him and cited that his work simply did not “justify the publisher’s expense.”  Additionally, the University of North Carolina Press wrote that they were afraid “they couldn’t even make suggestions to save the work.” Further, the University of Chicago Press said that it was simply “not profound enough.”

Like ours, the critique of Ford’s book questioned his basic competency. Despite holding a post-doctorate and prolific writing career, the University of Illinois Press simply decided “Professor Ford is uncertain in his grammar, his spelling, and occasionally in his punctuation.” After a series of dead-end revisions made by Ford and the Press, Illinois simply concluded that to publish a work about literary criticism through a multi-racial lens was “social protest” and ultimately, “unconvincing.” The manuscript was revised and reworked over the course of four to five years, but ended in disappointment. After a total of eight years, Ford regrettably abandoned the project.

The Press asked these very same questions of our project: What will the quality of the writing be? Who will read it? Can we make money off it? At first glance they may seem to be asked of everyone, regardless of race. But the assumed threat to the credibility of their Press reveals the institutional racism and fear the Press exhibits.

R. Roosevelt Thomas Jr. argues that racial prejudice happens in workspaces of all kinds: “What managers fear from diversity is a lowering of standards, a sense that ‘anything goes.”

“IS THIS NOT WHY WE WERE REJECTED?” my co-creator asked me. He was right. Wasn’t he? 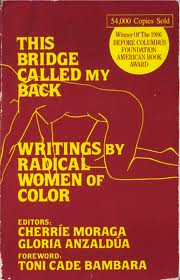 Anthologies by non-degree holders are frequently published and are used as academic material long after they’re published. In fact, publishing young, new, radical talent can elevate editors and presses to “cutting edge” status for publishing houses. Third Women Press, South End Press, and Beacon Hill Press have all successfully exhibited this talent. But the folding of some of these legendary presses and the rise of “radical” academic presses such as Duke University Press and University of Minnesota Press suggest a disturbing trend in the role of institutional financial support and publishing. Is obtaining a Ph.D. the only way express knowledge, share stories, and validate history?  And what does this mean in a historical context that has denied people of color despite their degrees?

What is the trouble in publishing content written by people of color without degrees? And what is the assumption that independent scholars cannot accurately produce research and theory? As an emerging scholar soon to be working toward my doctorate, I want to know:

Will the questions about my quality ever stop or will my experience always be that of Nick Aaron Ford’s?

Prejudice is deeply interwoven into the fabric of institutions and presses. But the unraveling of these fabrics can begin by presses recognizing their own distrust of people of color and their writing by calling it by its real name: racism. Presses are accountable to their constituents and culture writ large and marginalized people must have the space to tell our own stories.  “Quality control” culminates at a nexus of ageism, racism, and fear. The preconceived notions about a writer are racial biases, and audiences and publishers alike are paying dearly for it.  Knowledge production, and publishing in particular, will remain exclusionary until presses commit to a praxis rooted in an anti-racist agenda.  Until publishers stop viewing people of color, and their stories, as fiscal and quality risks, they continue to perpetuate racism and knowledge production remains white, heteronormative, ageist, and classist.

Mali D. Collins is a Black feminist writer from the rural Midwest. Currently residing in New York City, she writes about blackness, feminism, and media. Her work has appeared on The Root, b*tch magazine, SALT. quarterly, and AfroPunk.com. She is an emerging scholar hoping to return to academia to research intersections of radical blackness and cultural production in the form of Afro iconography and iconoclasms.