Personal is Political: Can the Subaltern Catcall? – The Feminist Wire

Home / Black Women / Personal is Political: Can the Subaltern Catcall?

Personal is Political: Can the Subaltern Catcall?

I was at a party and rather ravenously pursuing a guy who I knew had the hots for me. Unfortunately this pursuit brought me into a circle of conversation dominated by his peers: namely other white, college educated, transgender guys. Now anyone who knows my dating history or circle of friends could tell you that I’m not opposed to white guys as a rule, but there is an undeniable tendency for awkwardly offensive things to be said when they congregate in large groups. And this time was no exception:

“My girlfriend has been getting catcalled a lot,” said Guy 1.

“In what neighborhoods?” asked Guy 2. As you can imagine, this is when I tensed up in anticipation for the offense.

“Why does that matter?” asked Guy 1, taking the bait naively.

“Well, it’s just a fact that girls I know get catcalled more by Black and Latino guys,” said Guy 2.

“A fact?” I asked pointedly.

“Well I guess not a fact, but the white girls who’ve talked to me about it have said so,” said Guy 2.

“Y’all were just complaining a second ago about how “girls like assholes” but you don’t even think of the possibility that those friends may call something catcalling when done by men of color but flirting when done by white men?”

There was a pause. Everyone looked at Guy 2, waiting to see if he would double down. But we lucked out: “Wow,” he said, “I guess I never did think of that. That makes a lot of sense.”

Because of the work of thousands of women of color feminists, it is becoming more commonly accepted that white-centered or white-exclusive feminism is something all too often practiced even by those who purport to support women of color, anti-racism, or decolonization. I’ve seen white feminists generally recognizing these dynamics through two lenses: white feminist attitudes to race on the macro level and as specific to women. These two are intersecting, concurrent, and correlated. But one issue has not been so readily deconstructed or examined despite the fact that women of color, perhaps most notably with the Combahee River Collective Statement, have spoken and written about how it is a pillar of white feminism. The white feminist’s attitude toward men of color.

The Eugenics of Catcalling and Policing Men of Color 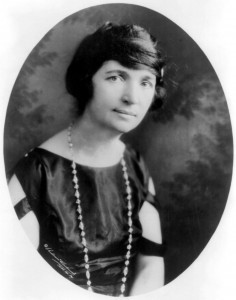 If we wish to sincerely practice intersectionality in our feminism, then we must look with eyes unclouded by idolization at the white feminists of the past. A very radical feminist, one who regularly faced prosecution for her groundbreaking sexual liberation work, will start off our re-examination of how white feminist attitudes towards Black men developed into what they are today.

Margaret Sanger is the godmother of white reproductive rights politics. It should not be surprising that as the progenitor of much of modern white feminism she was averse to catcalling. In her book What Every Girl Should Know she writes, “Every girl should guard against the man who invariably turns a word or sentence into a lustful, or commonly termed, ‘smutty’ channel, for nine times out of ten he is a mental masturbator.” Her ideas of biological sexual impulse later form into outright racism, “It is said the aboriginal Australian, the lowest known species of the human family, just a step higher than the chimpanzee in brain development, has so little sexual control that police authority alone prevents him from obtaining sexual satisfaction on the streets.”

To explain how this applies to men of color more broadly, you have to understand the physical anthropology Sanger is referencing: anthropometry. Anthropometry was the metric used to determine things like which race was “lowest” by measuring faces and skulls, creating a hierarchy of (from lowest to highest) “Australoid, Negroid, Mongoloid, and Caucasoid”  from which other thinkers have produced their own racist conclusions, like that Egyptians are white.

The focus of Sanger is the protection of reproductive and sexual freedom for white women by the policing of “lower species of the human family.” And unfortunately, policing men of color for sexual violence is still very common among white feminists. It’s just now they do so through the conduits of abusive Black male celebrities. 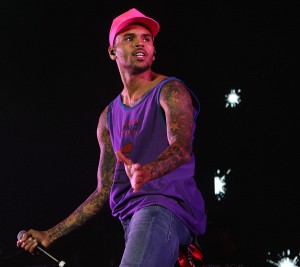 Now don’t get the impression that women of color do not write about Chris Brown. Latoya Peterson and Elizabeth Mendez Berry, Akiba Solomon, and Charing Ball talk about everything from racist stereotypes of Rihanna as a Caribbean woman, Chris Brown being raped as a child, and misogyny and women of color resistance in hip-hop. However, these articles are flooded by white women fourth wave media-obsessed feminists who find in Chris Brown the misogynist of their dreams. Alone, the articles barely rise above suspicion, but together, we see an alarming trend for the priorities of white feminist cultural critique. After all, here’s a comparison of how many white women have written about Tim McGraw’s misogyny: Beth Spotswood.

Chris Brown’s post-IPV success shocked a lot of people, including white women who in turn wrote more articles. I wonder if they were blithely unaware of the irony or just so shallow as to not care. Chris Brown is to white women fears of Black men as Justin Bieber is to my parent’s generation fears of their own teenagers. These white women have found a way to turn Black intimate partner violence into a source of near-guaranteed site hits, churning out the same shallow analysis over and over. And of course folks like Trudy from Gradient Lair have been saying this for years.

A Feminism of The Vanishing Present

I can’t tell what you might gain from stepping away from white feminism socially: as a trans woman I never really had a chance to be in that world. But I will tell you to step away ideologically. The persistent mythologies of anthropometry and other racist ideologies held by early white feminists need to be deconstructed. It means recognizing 78% of sexual assaults are committed by someone known by the victim and, no surprise, 78.4% of sexual assaults and rapes of white women are committed by white men. Considering white folks are 72.4% of the population I’d say with confidence white women aren’t being assaulted in any disproportionate way by men of color.

To question all these things we need a different mindset. This isn’t to say white women should put away their anger or criticism. But rather than viewing any and all of our anger as just, we should examine if its motives may be based in privilege and bias as well as righteous fury. Sometimes our role is to humbly and patiently push for people in our own communities and experience to be open. And that work isn’t romantic and it won’t make you popular or rich, most movement building won’t. Practicing feminism with love is the only way we will heal. 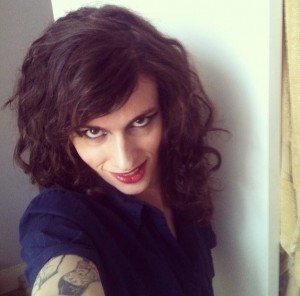 Emma Caterine is a prison abolitionist, decriminalization advocate, socialist, and cat lover. She has written in the past for Autostraddle, RH Reality Check, and Tits and Sass about intimate partner violence, police violence against sex workers, and prejudice against trans women of color, among other topics. Emma is proud of her previous work at The Lemon Project and Red Umbrella Project, which is publishing a forthcoming study she co-authored on the Human Trafficking Intervention Courts. She is currently a consultant for the Sylvia Rivera Law Project. She has spoken at colleges and conferences all over the United States, most notably the 96th Association for the Study of African American Life and History conference and the 2014 Allied Media Conference. Click here to learn more about Emma and her work.