What My Mother Taught Me: Loving Self – The Feminist Wire

Home / Culture / What My Mother Taught Me: Loving Self

What My Mother Taught Me: Loving Self 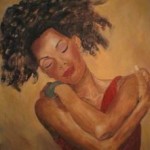 Now in the third decade of my life, I am realizing all the things my mother was right about.

She was right about drinking 2 glasses of water every morning. (Proper hydration upon waking will change your day.)

She was right about eating more protein (and was way ahead of paleo.)

She was right that getting B’s instead of A’s would make one’s life so much more enjoyable, that trading perfection for less stress would be worthwhile. (Now in my 3rd graduate degree program, I am still struggling to adopt this one).

She was right that if you don’t swear a lot, when you do need to swear, it will feel really good and satisfying (I do adopt this one).

She was right about prioritizing being able to financially support yourself as a woman, and knowing yourself first before entering romantic partnership. (Still working on this.)

She was right that it is good to be generous even if we only have a little, because there are others who will always be struggling more. (When I was a kid, I watched her give 10 dollars to a woman at the grocery store struggling to buy diapers, when I knew we didn’t have much money either, and this moment impacted me a great deal.)

She was right about saying that everyone conforms, but some people less so, and such people have great courage, but it is also harder to be a non-conformist.

Along those lines, she was right when, far ahead of her time, she taught me as a child in the 1980s that not every person feels they were born into the body of their gender. (This idea was so opening for me as a child, expanding my whole imagination.)

She was right too, when I was a teenager and starting to date boys, when she told me, “Just because someone has a penis does not mean they should be put on a pedestal.” (My mom wouldn’t even have identified with the label of “feminist,” but is there a more succinct way to teach a 14-year-old about cisgender patriarchy? I think not.)

When I went through one of my first boy heartaches, she said, “I am going to tell you something you will need to know. If you are ever with a guy, and he’s dismissing your reality and what you are feeling, and you start to feel you are crazy, you need to leave.” (This one still gives me chills; it’s so spot on for how I still experience the subtleties of gendered power dynamics.)

But you know the BIG one, that ties all these lessons together, that she was right about, and what’s taken until my 33rd trip around the sun to embrace?

All through my years of high school, we had a white board in the kitchen above the phone (this was the archaic age of landlines), with this one sentence, “Don’t expect anyone to love you more than you love yourself.”

I used to inwardly groan when my friends came over, and they were liable to read the prominent household message, some even reading it out loud. Oh, my awkward 14-year-old self in her nerdy penny loafers was so embarrassed!

But you know, my mom was right. For so many layered reasons, we all need to learn to love ourselves. But especially so because we live in social inequalities that impact our lives and sense of self and how we navigate being-in-relation with both ourselves and others.

Now, I am going to say something not popular with a lot of people who think we are passed the profound impact of this underlying social problem: we are all fumbling about in patriarchy. We live in its big macro structures—like unequal pay for women, horrific domestic violence statistics, having to still fight for access to birth control, the lack of guaranteed maternity (not to mention paternity) pay that puts the U.S. way behind the rest of the world in supporting mothers and young children, etc. These macro structures have huge impact on health and well-being for all genders.

AND, amidst the macro structure, we also live in patriarchy’s extensive subtle capillaries that are simply part of our overlooked ways of relating and being.

(Thanks, Emma Watson, for the reminder of those.)

But it’s not only patriarchy: we also live in intersecting structures of racism and classism and homophobia and transphobia and ableism and lookism that tell us who is and isn’t lovable, that distortedly mirror back to us that some people are more important than others because of how they look, that some are supposedly more worthy of care and respect, that some people’s grief matters and others less so. That some people’s cultures and histories matters, and others don’t, and can be stolen from and colonized and degraded.

Our lives are profoundly impacted on psychic and material levels by these interlocked social inequalities. That’s what feminists like myself study (I embrace the label). These inequalities are systemic and historical—that’s why they are termed “macro”— but even though they are so damn big, they really show up in the most intimate, quotidian places in our lives.

Like small children being implicitly (or explicitly) told they have to follow gender norms, or there will be great costs, including emotional and psychic violence. This includes young boys not being allowed to cry or experience their emotions, or not being allowed to wear a dress.

Like the mental and emotional labor of poverty not being acknowledged as hard work. Like those who’ve always had enough resources remaining profoundly ignorant of the hard work of poverty (they think only wealthy-people-hard-work is hard work—when there is a whole other hard work they know nothing about). And yet, the ignorant people get to set the policies that actually strip food stamps from children!

Like the profound impact of others with your skin color being weekly murdered by police in the U.S., with no accountability or justice. Like doing the emotional labor of this deep soul-grief, even as most white people around you continue to dismiss the reality of this white supremacist violence that is killing people.

Like navigating in your institutions, careers, and relationships the subtle, daily, power dynamics between men and women in patriarchy, that go unnamed and un-interrogated.

Some of this is just good old-fashioned “mansplaining,” a favorite patriarchal tactic narrated beautifully by this Rebecca Solnit article that went viral.

Or as another example, drawn from my own life, consider I’ve done 15 years of hard intellectual work analyzing social inequality and patriarchy (including, for what it’s worth, earning a fancy-pants Ivy League degree along the way). This training, however, does not protect me from mansplainers who’ve never read a single feminist text, whose bookshelf is 97% male authors, but somehow assume entitlement to “teach” me about my field of knowledge. And then, I perform the psychic work of holding onto the reality of what I know, even as it is utterly dismissed as a source of knowledge.

Again, it doesn’t trouble a mansplainer that he’s never actually studied the complexity of this shit. He’s a man. He must know more than I do! Clearly, he needs the pedestal lesson of my mother!

Shall I say to such men, call me only after you’ve successfully made it through every word of Gender Trouble? (Because they probably couldn’t hang with the intellectual labor of feminist theory, and thus they’d never call—a perfect plan!). Obviously, I do not think academic feminism is the only way to understand this stuff—think how much I learned about feminism in my childhood from my mom’s wisdom and knowledge— but I decree that these particular kind of mansplainers ought to placed in a room stacked with texts of, and given tests before they are allowed to share with us their opinions on the state of gender inequality.

But maybe there’s a better approach than advocating mansplainers are put in rooms with feminist theory. (Methinks it’s not a bad idea, just the wrong focus, and also I don’t believe in coercion in education.)

The better focus, instead of trying to change the other person, as we face the pervasiveness of so many forms of social inequalities, is this: to claim the source of our own power. And that source, quite simply, is loving ourselves. From that love, we can love others. From that love, we will know when to put up boundaries with others as an act of self-preservation and as a way to teach others how to treat us. Because that’s part of the work, too—honoring our own dignity and worth.

From that love, we will also work in community to change this world. That love is our soul-fuel, our daily act of creating ourselves in the image of the Divine, if that kind of language works for you. It is the way we learn to simply care for our being-ness, to do the very basics— like nutrition and rest and staying hydrated, and being attuned to our health, and not being in toxic relational dynamics if we can avoid it, which includes, in the words of the great Audre Lorde, not letting ourselves get psychically milked.

I am an activist, and a scholar working on a Ph.D. in social justice, and my brain is daily stretched with new ideas on these matters. And this one principle—Don’t expect anyone to love you more than you love yourself— is still the hardest piece of knowledge for me to grow into, but the most powerful one to being able to do this work of justice in a sustainable way.

I was taught the truth as a young girl, but there are so many counter-messages that it takes a fierceness to root myself into it as my source of nourishment. 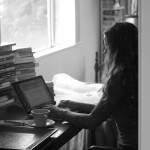 Kimberly B. George is a Ph.D. student in Gender, Race, Sexuality, and Social Justice at the University of British Columbia. Her doctoral research focuses on how relational psychoanalysis and critical social theory, when refracted against each other, offer tools for examining and transforming education and systems of injustice. She holds an MA from Yale University, where she was a Merit Scholar from 2009-2011. Previous to Yale, she trained in English and counseling psychology. In addition to her work as an academic, she’s also a creative writer, a  writing coach, and an innovator of alternative forms of education. She’s currently the Director of Critical Social Theory at Seattle Therapist Alliance, where she has the great joy of collaborating with psychodynamic therapists. Her pedagogy cultivates mind-body connection; contemplative practices; relational processes; grief and play; rigorous analysis and courageous imagination.  Her writing has appeared in The Washington Spectator, The New Haven Advocate, Feministing, and The OpEd Project’s Byline Blog, among other publications.