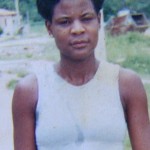 If Cláudia Ferreira’s death was not a local, isolated moment of violence, but rather, a transnational one, then her death was also collective. When they dragged and killed Cláudia Ferreira, they dragged all black women and killed all black women. By making this statement, I am not attempting to appeal to some utopic vision of transnational black women’s solidarity that naively ignores the contours and effects of imperialism, classism, colorism, and heterosexism that diversify black women globally and confound our abilities to presume that we all share the same politics. Instead, I am reminding us that as black women, our physical bodies our unbound by our collective flesh. It’s not just that what happened to Cláudia Ferreira could have happened to us, it did happen to us, just as it happened to Laura Nelson, Eleanor Bumpers, Aiyanna Stanley-Jones, and Renisha McBride, not to mention others. Irrespective of our nationalities, we must always remember that the heteropatriarchal transnational state, defined by its investment in white supremacy, performs violence on our bodies in order to legitimate itself. We are always marked as violable and more importantly, we are always the prey. What changes is the address. Although the death of Cláudia Ferreira made headlines for weeks in Brazil, it was barely discussed here in the United States. A few websites covered it, but by and large the incident was dismissed. The relative lack of conversation, particularly among black feminists and black radical women in the U.S. disturbed me but did not surprise me. In many ways, we are often seduced by discourses of exceptionalism, which tell us that Brazil and other nations of the Global South are exotic, far away places where crazy things happen to other people. Questions of class and nationality often complicate our ability to recognize our political commonalities with black women outside of our immediate national, and linguistic (English-speaking) contexts. The death of Cláudia Ferreira reminds us that we are all implicated by these transnational acts of state terror, and we are all dragged behind them. The violence that we experience creates the very surface of our bodies and the boundaries of our worlds, melding us together emotionally and politically in uncomfortable ways. However, it is up to us not to let our experiences with violence be the only political terrain on which we define our collective identity. We must also speak up and speak out when we experience terror and pain inside and outside of our immediate material bodies. 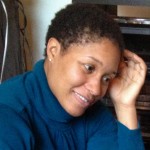 Christen Smith is a mother, writer, and researcher who works as an assistant professor of anthropology and African and African diaspora studies at The University of Texas at Austin. Her work explores the politics of performance, race, violence, and the body in the Americas. She has published essays on performativity and racial formation in Brazil, police violence and the politics of geography in Salvador, and the transnational collective black female body. Since 2001 she has been collaborating with Black organizers in Salvador, Bahia around the fight to denounce police violence and death squad actions against the Black community in Brazil. She is a member of the transnational grassroots community action organization Quilombo X.

[i] Military Police representatives claim that they found Cláudia Ferreira shot in her neighborhood of Madureira after they exchanged gunfire with drug traffickers. However, Cláudia’s widow, Alexandre Fernandes Silva and her brother, Júlio César Silva Ferreira, claim that the police shot her purposefully at close range.
[ii] Unidades de Policia Pacificadora