Beyond the Politics of Voting – The Feminist Wire

Home / Activism / Beyond the Politics of Voting

Beyond the Politics of Voting 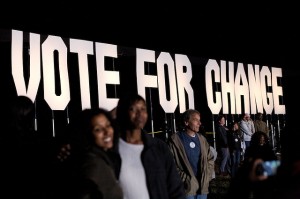 As a political scientist, during any given election year, I’m bombarded with questions about my assessment of the current electoral slate. The look of disappointment is always palatable when I tell folks that, that isn’t what I do. After all, what good is a black political scientist that doesn’t study black public opinion?

As a scholar, one of the things I’ve struggled with is pushing back against the dominance of voting based politics within black communities in our post-civil rights era, without minimizing the importance of showing up at the polling booth. After all, in a midterm election year, just like in presidential years, whether or not our communities show up can be a make or break for the services and programs that are desperately needed for our communities.

Yet, and still, political engagement cannot and should not, be only about politicians. We do a severe injustice to ourselves, and especially young people, when we insist that to be political, we must be limited to engaging with politicians in someway. To be clear, this is not to say that pushing against institutional structures and the people who populate them is not important. But it is to say that in order to politically empower marginalized populations, we have to identify, celebrate and make meaningful, the everyday resistance strategies present in our neighborhoods.

When I was interviewing women in a public housing development on the south side of Chicago over the course of the year, this became increasingly apparent to me. In particular, one example comes to mind.

During the fall of 2011, during the height of the Occupy movement, other “occupy” groups like Occupy the Hood, Occupy the South Side, and so forth, were beginning to spring up. In large part, this was because a lot of folks of color, particularly those living below the poverty line, just didn’t feel as though their particular set of needs were being addressed by the Occupy organizers downtown. While this began to change over time, initially, it was a major problem throughout the Occupy movement across the country.

As a result, the women at the development decided to begin their own Occupy movement. Except they weren’t protesting the banks, or local government institutions and bureaucracies, instead, their target was a local grocery store.

This particular grocery store is the only grocery store within 10 miles of the development. As a result, the markup on the prices of food (according to residents) was, in some instances, twice as much as other stores throughout the city. In addition, the grocery store refused to accept food stamps, which was another major barrier to many of the women I spoke with that needed to feed their families.

A resident-run environmental justice organization put together the Occupy action and was able to recruit women from all over the development to participate. For almost two weeks, the women stood on the sidewalk in front of the grocery store, flagging down cars and turning them away. They had huge colorful signs and loud voices. When a car would pull up, somebody would go over to the vehicle and explain what was happening. While they weren’t always successful, over the course of two weeks, the group was able to turn away almost 200 hundred cars from shopping at the small store. 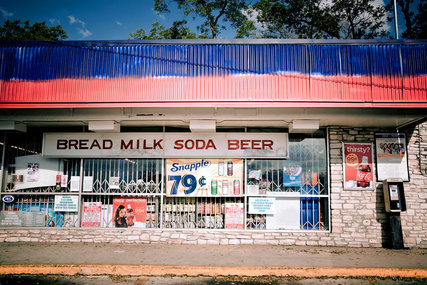 Eventually, the storeowners were so frustrated by the loss of business that they asked for a meeting. According to organizers, the store agreed to start accepting food stamps, and to start lowering the prices on basics like dairy and poultry.

While this story still features a somewhat traditional style of political organizing, I share it here because I think it helps to make an important point that often gets missed in mainstream conversations about what constitutes political engagement. During my interviews when I asked women “what do you think of when I say the word ‘politics’” I wasn’t surprised when most said things like “white people,” or “the white house.” Even in my own life, most of my family and friends outside of the academy tend to think about institutions, politicians and voting when the word politics is mentioned.

What I think is important about this story is that it shows that every part of our lives, can and is political. Where you get your food (and whether or not you are able to access a grocery store), where you live (and what you can afford to rent), transportation, treatment in medical facilities, education, all of these things can be, and I would argue, should be, sites for political action, as well as resistance.

Scholars like Robin D.G. Kelley and James Scott have done important work in showing how everyday behaviors like refusing to pay rent, squatting, story-telling, social media, gossip, and cultural forms like music, all can be forms of political resistance and rebellion. While there is a temptation to exclude these things as “simply” part of political culture, they are in fact, important avenues for information transmission, reputation destruction and the diffusion of power.

Whether we are talking about the way women in hip-hop forever changed the way women and sexuality are thought about in the public eye, or the subtle erosion of a politician’s reputation after a rumor is spread. All of these day-to-day activities, that on the surface seem meaningless, matter a lot when we think about how populations empower themselves, and dis-empower those who behave badly.

These daily acts of resistance took on a variety of forms. For some women resistance against bureaucratic power structures looked like; painting walls in their apartments when they weren’t supposed to, owning dogs when the rules around animals were debatable and picking up trash around the development. This work mattered (and still matters), because it contributed to an internal sense of power that contributed to their confidence in dealing with power structures. For many, successfully pushing back in making their spaces beautiful, allowed them to face down other power structures in their lives, later.

Ultimately, what I am trying to argue here is that we need to be more expansive in our idea of what constitutes politics. As activists, organizers, loved ones, academics, and students, we stand to gain a lot by valuing the work and engagement of the people in our lives. By pointing out to someone that their communication on twitter is significant, or that their music could be powerful, we stand to politically empower a new generation (young and old) of socio-political minded folks.

At the end of the day, we have nothing to lose by affirming how others chose to show up in the world. 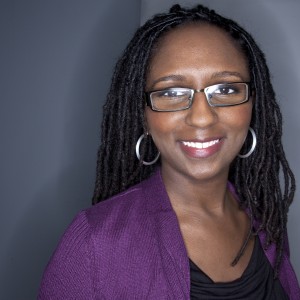 Alexandra Moffett-Bateau is a member of Echoing Ida, a project of Forward Together.  She is a Ph.D Candidate in the Department of Political Science at the University of Chicago. Alexandra is currently in residence as a Pre-Doctoral Fellow in the Carter G. Woodson Institute at the University of Virginia. You can find Alex her at twitter, on her website, and Facebook

Related ItemsActivismchangeChicagohidden transcriptoccupy the hoodorganizingpoliticiansResistanceRobin D.G. Kelleyvoting
← Previous Story Critique and Beyond: The Draft as the Movement (A Postscript and a Prelude)
Next Story → Personal is Political: White Beauty: At Home and Abroad