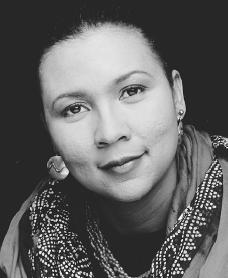 In 2011, the legendary Black feminist scholar, cultural critic, and prolific writer Dr. bell hooks began to surface in social media spaces, pushing her work even further beyond the walls of the academy. She tweets (in intervals) and she has published in blogs and on several select websites. Most recently she took Twitter to launch her campaign “Be Bossy” in response to Sheryl Sandberg’s “Ban Bossy” decree. This is her second time countering Sandberg- the first was back in September when she allowed her article “Dig Deep: Beyond Lean In” to be published exclusively with The Feminist Wire.

Many have considered the world-famous thinker and critic “missing in action” for the last several years. The truth is prior to the aforementioned, infrequent interludes with social media,  she has continued to write and publish books- even winning an award for her volume of poetry, Appalachian Elegy. Bell has given public talks- one live streamed from The New School sponsored dialogue with Melissa Harris-Perry. She has also been working to develop community-based projects in the town where she lives- Berea, Kentucky.

My relationship with bell hooks began many years ago- when I was a graduate student at Penn State, where I encountered her writing (Teaching to Transgress) in the class of Dr. Aaronette White. However, my personal relationship with bell began in 2011, at Berea College, where she holds the title of Distinguished Professor of Appalachian Studies and where I served as a Visiting Professor in Women’s and Gender Studies and African & African-American Studies. I consider myself lucky to call bell hooks a mentor, colleague, and friend. In a recent chat, she casually shared insights on her work and on what she has planned for the remainder of 2014.

ST: What would you say in response to the idea that until recently (due to your engagement with social media) you’ve been missing?

bh: Well, that really speaks to my relationship to the academy, which is one of the challenges of being an intellectual but a non-traditional academic. Shaman and griots were revered for their wisdom, but they were located on the edges or the periphery of their tribe or their village because they frequently offer a holistic approach- you can’t do that from standing in the center. I consider a calling and responsibility to dissent and to analyze from this position. It’s similar to what Cornel West calls “prophetic witness.” I’m not centered in the academy because I choose to occupy a liminal zone.   The intellectual work comes out of isolation, meditation, shifting location…  spiritual practice is similar: it requires focus, clarity, ideas…and denying ego.

ST: But you have been working this whole time- though not perhaps always in traditional academic spaces, right? So say something about your current projects and feminist commitments.

As for writing projects, a few months ago, I finished and published my long response essay to Lean In. I worked on it for awhile- and felt like it was a necessary undertaking because the book was full of faux feminism, which serves as an obstruction blocking the emergence of genuine feminist movement.   Now, I’m working on a justice-oriented piece I’m planning to call, ‘where do we go from here?’ it’s based on Martin Luther King’s critique of the destructive nature of white supremacy- such that it destroys democracy.

ST: So we’re talking about recent pieces and current writing projects. Thinking back on your books, specifically, which works are you most proud of- why?

bh: My books are radically different, so I’m not sure I can answer that…in theory- Yearning; in terms of broader appeal- All About Love.

ST: Speaking of books, whose work are you reading? What films and music have been engaged with of late?

bh: I’ve been reading mostly spiritual books- a book called, Here If You Need Me.    A current academic text I found interesting is Alison Kafer’s Feminist, Queer, Crip . As for films, I watched Don Jon to help me think about transforming patriarchal masculinity; I also found the documentary 20 Feet from Stardom compelling. I always listen to a variety of music- but lately I’ve been getting into Meshell Ndegeocello’s Nina Simone tribute album, ‘Pour une ame souveraine‘ (For a Sovereign Soul.)

ST: Now that 2014 is well underway, what hopes and plans do you have for the remainder of the year?

bh: Well, I hope for the resurgence of an interest in justice and doing the work of creating just social environments.   My calendar is filling up for the year as well- I will be speaking at The New School, at Purdue University, at Penn State University, and at St. Norbert’s- where I am the inaugural speaker for their new Women’s Center. I will also give the keynote address at The National Women’s Studies Association Conference in Puerto Rico this Fall. So I am still somewhat on the academic circuit in that way. My other beloved work is that of community. I’m continuing to pursue development of community-based conversations hosted by The bell hooks Institute…a project I started in 2011 that opened with Gloria Steinem coming to Berea, Kentucky to spend the day with mountain, rural, and local women. This past year, I hosted dialogues with Rick Lowe (artist/community activist, Project Row Houses) and Cornel West. I hope to expand The bell hooks Institute over the coming years, but it will remain community-based.

ST: In a recent interview with Kevin Powell (BKNation) you talked about the idea of and representation of wealth without education embodied by Jay-Z, and you went on to discuss Beyonce. Some folks read your analysis as somewhat reductive or even as a borderline nod toward ‘respectability politics.’ Can you speak to that?

bh: I have actually used Twitter to reach out to Beyonce. To clarify, I was critiquing the imagery in her “Drunk in Love” performance with Jay-Z in comparison to the video for the song. I was not responding to her use of the term ‘feminist’ as a personal descriptor. In the spirit of sisterhood, I embrace her use of the term ‘feminist’- it’s a starting point; it gives us something to work with. As for the video, I feel her power and embodiment comes through on the beach- and it is affirming, but the live [Grammy awards] performance is disruptive in its essentialist rendition of patriarchy, which makes her powerful embodiment no longer sexy nor as compelling as it was in the video.

ST: Thanks for saying a bit more on that subject. So one final question. It’s Women’s History Month, and you’ve been an inspiration to so many people around the world. Who are your sheroes- the women inspire you?