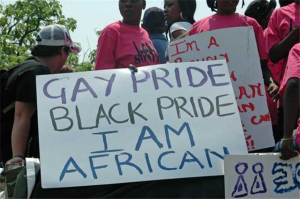 At a time when more countries are moving toward inclusive human rights, Africa, once called a “dark continent,” is making steps backward. The phrase “dark continent” has evolved in similar ways that “homosexuality” has evolved over time. Initially used as a metaphor for Africa’s thick rain forests, the phrase became a synonym for invisible—that Africa was dark, unmapped, and needed to be discovered. The meaning of Black has historically been used to justify racism. Homosexuality is no lesser victim. The notion that homosexuality is unAfrican is the evidence of a colonial legacy that has shaped current reactions to LGBT activism in Africa.

Most Africans don’t recognize homophobia as a colonial legacy. Even with its cultural inequalities, African traditional culture – although not without variations in how sexuality was performed across different tribes – is generally tolerant of human difference. African sexualities are not homogenous and should not be understood in subjective binaries. For instance, in my tribe, the Ganda or Baganda, (Uganda’s largest ethnic group) women from the royal clan are addressed with male titles. They may or may not be required to perform duties expected of women. From the Azande of the Congo, the Beti of Cameroon, to the Pangwe of Gabon and the Nama of Namibia, there is ethnographic evidence of same-sex relationships in pre-colonial Africa.

By preying on Africa’s values of inclusive difference, Africa’s colonizers rewrote its history and the effects haunt Africa to this day. Tribal chiefs and village courts of law which were traditionally the hallmark of conflict resolution were traded for a European Penal Code system which included the criminalization of homosexuality. It is important to stress that so-called sodomy laws would not have impacted African sexual politics without the influence of Christianity. Christianity was used to whitewash African culture as primitive and to demonize traditional interpretations of African intimacies. The bible became the credo of African morality, disordering African sexuality to missionary positions of heteronormativity. But sexuality is not all that the colonizers rewrote about Africa. European colonies were established through military conquest, perpetuated through the politics of divide and rule, and religion.

The colonizers understood that to conquer Africa they had to turn Africans against Africans such that Africans would blame themselves for their divisions, most of which culminated in ethnic hostility. For instance, colonial policies of divide and rule spurred ethnic tensions which resulting in the Rwanda genocide. By dividing Rwanda along race and class, German imperialists turned the Tutsis against the Hutus. In Sudan, British imperialists divided the Northern Muslim region from the Southern Christian region creating divisions that perpetuated ethnic tensions in that country to this day.

The influence of US conservative evangelicals on Africa’s sexual politics cannot be undermined. Their modern day colonies are providing the propaganda, by way of religious brainwashing, for Africa’s antigay campaigners to make the case for harsher laws on the criminalization of LGBT people. This is why holding American missionaries like Scott Lively and Lou Engle to account is crucial to the protection of LGBT people in countries where they evangelize. 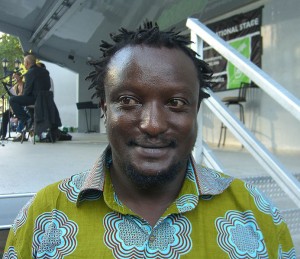 When Africans accuse Western countries of importing homosexuality, LGBT Africans become demonized as social deviants, criminals; and politicians turn to the law as the solution. What needs to happen in Africa is an honest discussion on human sexuality in the African context before, during and after the colonial period. This is a conversation local activists, civil society, academics, and the media should begin to shape. Africans will have to reclaim their forgotten past; their identity as a people who traditionally refused to hate but stood side by side and embraced their differences. Although needed and requested by African LGBT activists, (out) rage toward antigay African countries may not solve Africa’s homophobia. The pushback against western interventions such as aid cuts is usually informed by an African resistance against neocolonialism. However, there is no going back. More than ever, what Africa needs a global uprising for LGBT rights.

It is stories like Binyavanga Wainaina’s, the Kenyan author and journalist, who recently came out as gay that could contribute to meaningful conversations on human sexuality in the African context. Although Wainaina’s story constitutes a personal choice that does not have to be politicized, his story could be the beginning of what is still a long walk to the acceptance of LGBT people on the continent. 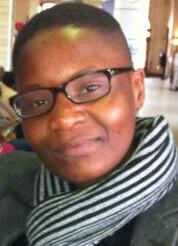 Val Kalende is a queer thinker interested in religion and sexuality; postcolonial resistance; and African queer Diasporas. She’s a member of the “veteran league” in Uganda’s LGBT movement. She formerly worked as a journalist in Uganda and was in the leadership of Freedom and Roam Uganda and Sexual Minorities Uganda – two of Uganda’s largest LGBT organizations. She is a graduate of Makerere University and Episcopal Divinity School where she spent time researching the influence of U.S. right-wing evangelicals on sexual politics in Africa. Val is a Fellow at International Development Exchange (IDEX) in San Francisco. She recently co-founded Kuchu Diaspora Alliance – a collective of Ugandan LGBT people in the Diaspora. She is proudly Ugandan.