The Postconventional Ethics of Chelsea Manning – The Feminist Wire

The Postconventional Ethics of Chelsea Manning 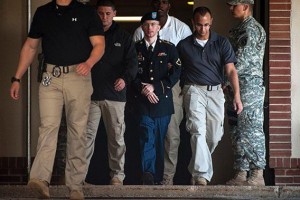 At this moment in U.S. history, there may be no nonelected figure in the public eye whose ethics are both more respected and more reviled than the incarcerated soldier known as Chelsea Manning (formerly Bradley). Yet the public conversation about Pfc. Manning has not given serious consideration to what those ethics actually are. In this essay I offer my understanding of the underlying ethical frameworks that guided the decisions she made and the actions she took.

To analyze Pfc. Manning’s ethical framework I’ll cite the public statement she made August 21, 2013, immediately after being sentenced. That statement is not a one-off anomaly; it expresses ethical principles espoused by Pfc. Manning long before, notably in chats she had as “Bradass87” with Adrian Lamo, the confidant-who-turned-informant. The logs of those chats contain numerous passages that are ethically congruent with her postsentencing statement.

I write as a partisan. I have identified myself as a supporter of Pfc. Manning on several social media platforms. In my analytic approach to Chelsea Manning’s ethical construct, I am acting out of an aspect of my own ethical framework—namely, that while I recognize the normative value of journalistic objectivity, I do not believe objectivity per se is a moral absolute. There arise in life situations in which higher-value principles apply—when, for instance, to maintain a stance of “objectivity” is to maintain a “neutrality” that is indefensible and reprehensible because it is not only cowardly but complicit in moral wrong.

Another aspect of my ethical framework reflected here is my belief that one’s moral agency is not gendered; it is—as it is for Pfc. Manning—a continuity of conscience irrespective of gender expression. I believe that separate and unequal ethical codes for “men” and “women”—which are ubiquitous in conventional wisdom—are erroneous on their face, because the constant core of one’s conscience is human only. I therefore view everything said and done by Bradley through precisely the same ethical lens as I view everything Chelsea says or does, and vice versa. Pfc. Manning, in other words, is a singular and unitary moral agent.

Manning’s postsentencing statement announces at the very beginning a common-good ethics (action that contributes to life in community as a good in itself): “The decisions that I made in 2010 were made out of a concern for my country and the world that we live in.”

Throughout, Manning’s statement invokes a virtue-based ethics (action consistent with ideal virtues that provide for the full development of our humanity): “I realized in our efforts to meet this risk [post-9/11] posed to us by the enemy, we have forgotten our humanity [emphasis mine]. We consciously elected to devalue human life both in Iraq and Afghanistan. When we engaged those that we perceived were the enemy, we sometimes killed innocent civilians.” She underscores and substantiates her humane-virtue theme by referencing the moral authority of a highly esteemed historian: “As the late Howard Zinn once said, ‘There is not a flag large enough to cover the shame of killing innocent people.’”

Manning exemplified a utilitarian ethics (action that provides the most good) in asserting the ethical claim that by disclosing certain classified information, she was serving the greater good of enabling this democracy’s moral accountability: “Whenever we killed innocent civilians, instead of accepting responsibility for our conduct, we elected to hide behind the veil of national security and classified information in order to avoid any public accountability.” Her ethical standard for this country is a high bar, far above most of what is espoused by elected public figures: “Patriotism is often the cry extolled when morally questionable acts are advocated by those in power.” By Manning’s bright and focused ethical lights, her disclosures helped right that wrong.

The entire statement evidences Manning’s empathy for the “innocent victims” of a war machine run amok and people imprisoned “without due process.” As such it echoes a rights-based ethics (action that best protects and respects the rights of those affected) as well as a fairness- or justice-based ethics (action that treats all equals equally). Significantly, this statement reveals Manning’s belief that all humans are equal inherently: Her ethical framework does not require that a civilian or a prisoner be the social equal of anyone higher ranking in society in order to merit equal treatment, which she regards as a universal right in accordance with the principle of distributive justice.

As to whether Manning—acting out of the above five ethical approaches—accurately accounted for consequentialism (were the consequences of the actions good or bad?), that became a question of fact at trial. Clearly Manning intended that there be good consequences and never intended that any harm result: “[S]ometimes you have to pay a heavy price to live in a free society. I will gladly pay that price if it means we could have [a] country that is truly conceived in liberty and dedicated to the proposition that all women and men are created equal.” But consequences by definition cannot be fully known beforehand, and a case can be made that as a soldier Pfc. Manning was neither in a position to gauge them nor primarily driven by any such impossible prediction.

Military discipline requires that service members’ ethical frameworks remain preconventional (making behavior choices based on fear of punishment and abiding by rules imposed from the outside) and conventional (conforming to the expectation of the group and motivated by loyalty)—to borrow terms from Lawrence Kohlberg’s levels of moral development. But as Pfc. Manning learned more and more about what the U.S. military was really doing and who was really being hurt, she became postconventional (an individual who has developed their own universal ethical principles and so may question the rules and values that society and others espouse, an individual who may even disobey laws that do not accord with their own principles): “I initially agreed with these methods,” she says, “and chose to volunteer to help defend my country. It was not until I was in Iraq and reading secret military reports on a daily basis that I started to question the morality of what we were doing [emphasis mine].”

This framing of Manning’s aggregate ethical precepts as her evolution to a postconventional ethical framework helps contextualize and explain the military’s extreme punishment (the harshest sentence ever meted out to a journalistic source). So-called military justice had to come down hard: because quashing this service member’s postconventional ethical construct was an absolute necessity in order for them to continue to commit unethical actions without accountability. From the point of view of the military, that punitive action—consistent with efforts to shield its heinous covert actions from public scrutiny generally—is what actually serves the greater good. Which in my view is a rebuttable presumption. 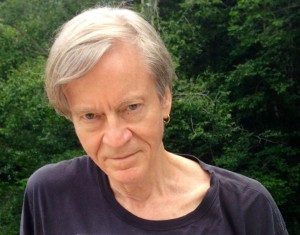 John Stoltenberg, a radical feminist philosopher of gender and ethics, has explored the distinction between gender identity and moral identity in two books—Refusing to Be a Man: Essays on Sex and Justice and The End of Manhood: Parables on Sex and Selfhood. His new novel, GONERZ, projects a radical feminist vision into a post-apocalyptic future. John conceived and creative-directed the acclaimed “My strength is not for hurting” sexual-assault-prevention media campaign, and he continues his communications- and cause-consulting work through media2change. He tweets at @JohnStoltenberg and @media2change.

Grateful acknowledgement to Claire Lebowitz and her play Bradass87 for insights and inspiration. —J.S.