By Guest Contributor on September 2, 2013 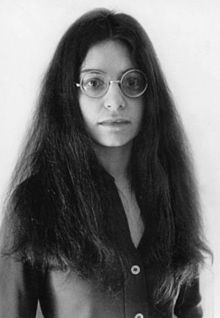 Romantic love has been read as a radical force capable of breaking down entrenched social barriers. Philosophers and sociologists have argued that the connection of love with freedom and equality can be liberating and empowering for women; however, this assertion has been hotly contested by many feminists. Shulamith Firestone describes romantic love as the pivot of oppression for women—a holocaust, a hell, and a sacrifice. In this way, she echoes Simone de Beauvoir, who argues that, given the unequal position of men and women, love becomes “a curse” that confines women in the feminine universe. As Carol Smart declares, feminists have identified love as an aspect of “patriarchy’s ideological armament through which women became hooked into dependent relationships with men, entered into an unfavourable legal contract (namely marriage) and ultimately ended up with care of the children.” Here, Smart addresses one of the central underpinnings of many feminist critiques of love—love is not itself necessarily oppressive, but it becomes so because of the social context in which it is constructed, namely the patriarchal public and private divide.

This feminist critique of love, sex, and marriage is further developed by Eva Illouz in Why Love Hurts: A Sociological Explanation. In the text, Illouz remains committed to love as a central idea of modernity. she champions its egalitarian optimism and its ability to subvert patriarchy; however, she acknowledges that love is also the source of much misery. This misery, she argues, stems from the “institutional arrangements” surrounding it. Love is played out in “the marketplace of unequal competing actors,” in which some people, mostly men, are able to “command a greater capacity to define the terms in which they are loved by others.” Control is exercised by the ways in which choice, freedom, autonomy, and commitment are manifested between men and women. Within all of these structures, Illouz argues that there is a mismatch of goals and expectations that produces “a set of conundrums.”  For example, in relation to commitment, men are less likely to desire marriage and family, because these are no longer sites of control and domination. Men now measure success not according to a successful commitment but rather success on the sexual market. As such, men wish to remain uncommitted for as long as possible. Women, on the other hand, see the sexual market as a marriage market and are in it for a shorter period of time because of career goals and the prevalence of the categories of sexiness and beauty, which are closely tied to age. 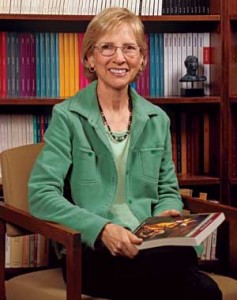 While acknowledging the power of patriarchy and the division of spheres, Marilyn Friedman considers the central problem of love to stem from its long association with the idea of merger. In Autonomy, Gender, Politics, Friedman argues that the features of merger experienced within romantic love are that the needs and interests of each person become entwined or pooled together; couples feel each other’s highs and lows; there is mutual consideration and awareness; they care for and protect each other; they can communicate with each other efficiently; couples make joint decisions and long-term plans; there is a division of labour; they desire to be seen as good by each other; and they want to be valued by their partners in a way that they value themselves. Friedman does not necessarily consider these features as always already negative, but they can represent a significant reduction in personal autonomy, and this is more dangerous for women than for men for a number of reasons. First, she argues that love, when examined and experienced in a social context, “is guided by norms and stereotypes. Foremost among these are gender norms and ideals of romantic heterosexual love.” One such ideal, for example, is that women should marry “up,” that a woman should marry someone who is “taller, stronger, older, richer, smarter and higher up on the social scale” than she is. The result of this is that women will almost always be considered to be bringing less to the relationship than the men, and it is this, Friedman claims, that makes the romantic merger of identities more risky for women than for men.

Additionally, in Revolutions of the Heart: Gender, Power, and the Delusions of Love, Wendy Langford also disputes the ideology of love as positive. She argues that while the idea that love has spread principles of justice and fairness is an attractive and optimistic view, it is empirically unsustainable and conceptually misguided. Langford claims that while our society has come to “venerate deliverance” through love, with promises of “liberty, equality and togetherness,” romantic love is, in fact, a “process by which restrictions, inequality and dissatisfaction are merely obscured.” She argues that the rhetoric that love takes us higher and allows us to develop is inaccurate. She claims, “Love does not merely fail to give us what we desire, but in so doing, compounds painful feelings of dissatisfaction and low self-esteem.” Its effects, then, are not positive or even neutral; they are largely negative. While love promises happiness and freedom from social constraint, it, in fact, delivers the opposite. Echoing Friedman, Langford points out the problem is that the success of romantic love depends on a particular abstract individual type and model of rational behaviour that is seldom realistic. This individual is “self-aware and operates on the basis of reason.” Hence, this individual unrealistic, and is also more likely to resemble a man than a woman. What emerges is the notion that love, far from being the liberating and egalitarian, is instead oppressive and degrading to women. This critique is strengthened when we consider it alongside the feminist critiques of sex and of marriage, two institutions that have traditionally been sources of oppression for women. 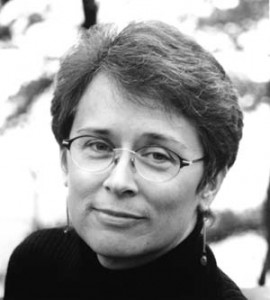 On the other hand, some feminists theorize love as a site of resistance, transformation, and agency. For example, Illouz considers love to be egalitarian and subversive. Along the same lines, in Romance Revisited, Lynne Pearce and Jackie Stacey (similar to Janice Radway in Reading the Romance: Women, Patriarchy, and Popular Literature) argue that love retains its ability to liberate women from patriarchy because of its “narrativity.” They argue that an engagement with the narrative of romance enables women to facilitate the “rescripting of other areas of life.” Additionally, Claire Langhamer, in “Love and Courtship in Mid-Twentieth-Century England,” argues that in everyday courtship behaviour, young women in 20th century Britain have been able to act as “architects of their own lives and as active agents of social change.”

Furthermore, despite feminist critiques of love, few are willing to jettison it, because its connection with individual freedom and autonomy does not make it an easy idea to reject. Love is part of who we are, and we cannot go back to a time before its existence. As Langford argues, it is neither possible nor desirable to return to a time when personal relationships were not experienced within the paradigm of romantic love. “No remedy,” she argues, “is to be found in a reactive return to the regulation of love along traditional lines. Justice and humanity cannot thrive through the imposition of a repressive moral order and the institutionalisation of oppressive practices.”  Illouz also argues that we must not forget that historically the dominance of love has directly correlated with a decline in men’s power over women and an increase in gender equality. The many legal changes that have occurred regarding marriage laws have coincided with the period of history in which intimate relationships have been influenced by the liberalising egalitarian and radical ideology of love. This illustrates that romantic love can be understood in myriad ways. Love can be both liberating and progressive. On the other hand, it can be oppressive. The conundrum for feminists, therefore, is how to retain love’s radical, liberating, and egalitarian potential while rejecting its oppressive, patriarchal, and reductive effects. For Illouz and Langford, the answer lies in a love that reflects women’s experiences and desires as much as men’s, as well as a love that encompasses a more ethical ideology. 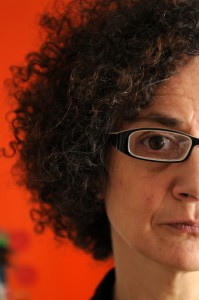 The work of queer theorists is also important in this regard. For example, in Love, Heterosexuality and Society, Paul Johnson argues that love is constructed around scripts of nature and linked to scripts of heterosexuality, marriage, procreation, and family. This renders invisible love that exists in relationships that do not adhere to those scripts. In “‘Instinctively, I’m not just a Sexual Beast’: The Complexity of Intimacy among Australian Gay Men,” Sean Slavin argues that gay men have to fight for the recognition of the relationships they actually have. Open relationships, casual sex with regular partners, multiple sex partners, can all, according to Slavin, represent love. Along these lines, in The Sexual Citizen: Queer Politics and Beyond, David Bell and Jon Binnie argue that love must move away from the couple and include non-monogamy, polyamory, and episodic sexuality. Johnson and other queer theorists, then, argue for dismantling a number of restrictive associations that define love: the breakdown of the binary of love and sex; the breakdown of the connection between love and nature; and the breakdown of the connection between love and marriage, family and procreation. Similarly, in “Love (a Queer Feeling),” Lauren Berlant argues that love is ultimately a site of optimism, change and transformation. She writes, “Love approximates a space to which people can return, becoming as different as they can be from themselves without being traumatically shattered; it is a scene of optimism for change, for transformational environment.” This resembles Johnson’s claim that “whilst romantic love may create the hell of mutual alienation, it also retains its primacy as an anti-alienating potential, because it offers a way of expressing forms of pleasurable subjective transformation.”

Hence, love must be understood as connected rather than disconnected to agency, as connected with, but not subordinate, to desire, and as something that exists both within and outside of the heterosexual scripts. Berlant argues that when queer thought enters the discourse of love, it must not teach “that we are all alike and compelled to repeat our alikeness intelligibly, but by teaching some of what we’ve learned about love, under the surface, across the lines, around the scenes, informally.” Queering love, for Berlant, is achieved when it exists outside of established institutions, when it challenges all rules connected to it that presume to establish principles for living. In other words, when love delivers this promise, intimate relationships are free of oppressive and traditional forms and reject established rules and barriers. This project is one that is not only relevant for the queering of love but also relevant for the feminist rift that has long existed between it and romantic love. 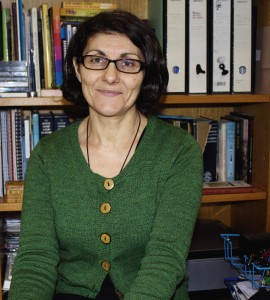 Dr. Renata Grossi is a Fellow for the Herbert & Valmae Freilich Foundation at Australian National University. Her research interest is in the area of law and love. In 2011, she earned a PhD after completing her dissertation entitled “The (In)visibility of Romantic Love in the Legal Discourse of Modern Australian Marriage.” She is also the author of “The Meaning of Love in the Debate for Legal Recognition of Same-Sex Marriage in Australia,” which was published in the International Journal of Law in Context (2012), and she is currently working on a book based on her dissertation. In 2013, Renata is co-convening (with A/Prof David West) a conference on love at the Australian National University entitled “The Radicalism of Romantic Love: Critical Perspectives.”