Home / Academia / Yale’s Response to Campus Rape is Not Enough

Yale’s Response to Campus Rape is Not Enough

I long for the day when a woman can speak about her experience of rape with all the force of her convictions, as she would for any other experience of injustice. On such a day, rape survivors will not place the blame on themselves for the violence they experienced, and society will not compound their suffering by scrutinizing their outfits or their dating histories. Their ‘no’s’ will be enough. Of course, this is only the bare minimum needed to establish an environment in which rape is called what it is, in which sexual violence is not an experience that an individual must cope with alone and in secret. But this day will not come when we have a female president. It will not take place when we have more female CEOs. It will happen when our institutions, from the government to the workplace to the classroom to the family, view rape as an act of gender-based violence rather than a “natural” enactment of desire. 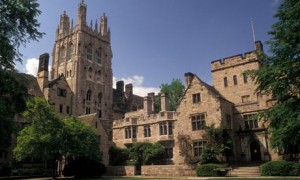 For the millionth time, rape is not sex. Surely this has been established by now, you may argue. But looking at the recent report from Yale University, a venerable institution of higher education and my alma mater, I am not so sure. In its fourth “Report of Complaints of Sexual Misconduct,” released via a reporting process mandated by the Department of Education as part of a Title IX complaint resolution, the university determined that over a period of six months, six students were guilty of “nonconsensual sex.” The report offers a disclaimer that, due to privacy concerns, it does not convey the “diversity and complexity of the circumstances associated with the complaints or the factors that determined the outcomes and sanctions.” But the qualifier “nonconsensual” is all the detail that is needed. It is lack of consent that defines rape. Not force, not bruising, not visible scars. The victim said no or was unable to give consent, but the perpetrator proceeded anyway.

Of the six Yale students found guilty, four were given written reprimands, one was placed on probation, and one student given a one-year suspension. All six will graduate with Ivy League degrees after committing a crime, which if committed outside the bounds of campus, would lead to far more serious repercussions. In the report, the resolutions to each complaint of “nonconsensual sex” note that the perpetrator is restricted from contacting the complainant and counseled on appropriate conduct. Very few of the cases move to the formal complaint level, even if the university finds sufficient evidence of wrongdoing. In other cases detailed in the campus newspaper involving charges of sexual harassment, students are discouraged from pursuing a formal complaint option and even made to sign non-disclosure agreements in exchange for back pay owed to them by a sexually harassing supervisor. Cases of intimate partner violence, unwanted sexual advances and physical restraint by perpetrators were resolved in a similar manner.

The message could not be clearer. Sexual assault is reduced to a private negotiation between two parties, rather than established as an act that cannot and should not be tolerated on campus. Yale University essentially spells out its institutional commitment to the status quo: protecting rapists.

Those who are cynical might argue that the children of privilege live on another tier, one for which different rules apply. But this is not what the students who filed the Title IX complaint against Yale believe. One in four college women will experience rape or attempted rape. Every year, 4,000 U.S. college students report rape to their schools, a small fraction of the total number of rapes committed on campus. The few who are publicly speaking out about their experiences with college administrators have emboldened many others to hold their universities accountable. Beyond the 16 plaintiffs at Yale, they include more than a hundred women and men on campuses across the country, pressuring the Department of Education to adequately defend their civil right to attend schools free of sexual violence. It is a growing movement captured on Know Your IX and End Rape on Campus, websites that guide students in the process of taking action to stop sexual violence on their campuses and file Title IX complaints.

As an incoming freshman at Yale, I remember thinking with excitement that I was leaving the boring Midwest to meet the Smartest People in the World. But on my very first night, while hanging out with other freshmen, a male student tried to force me to sit on his lap. He kept pulling me down, even as I kept pushing away. “What’s wrong with you,” I asked, as I pulled away for the second time. “He’s just drunk, he doesn’t mean any harm,” someone tried to explain. But I was shaken. As the semesters passed, I realized what a contradiction the “campus safety” regulations were. The implied threat in all the precautionary guidance was the non-Yale outsider, the townie, especially the African-American residents of New Haven. Yet who could hurt us but those whom we knew best, the students and staff at Yale? Who else had access to our rooms, who could force us to have sex against our will, who became threatening behind closed doors? 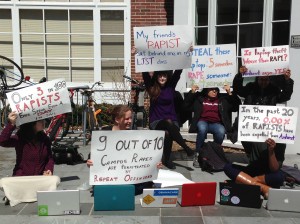 I do not know how many sexual assaults happened in my four years at school. I do know that, while working at the Yale Women’s Center for several years, rumors of women being discouraged from filing complaints for rape swirled around us, like a toxic vapor. I saw older male students prey on younger female students, including one particularly horrible system in a student organization in which upperclassmen lined themselves up on a list to date certain freshmen women members. While women’s equality and human rights were hot topics in the dining hall, it certainly wasn’t okay to speak personally of sexual assault or harassment. It wasn’t even okay to identify yourself as a feminist. Friends would joke, “Ugh, I’m not a feminazi!” When we organized Take Back the Night, we encountered hecklers, detractors, and the sad fact that it was just one night out of 365 providing people with the space to talk openly about sexual violence.

Obscured somewhere between the explanations of boys-will-be-boys and a-few-bad-apples-ruining-the-whole barrel is the simple and terrifying fact that someone who rapes and does not face the consequences of that rape is free to do so again. In a large-scale study of male college students by David Lisak and Paul Miller, 120 out of 1,882 students admitted to forcing someone to have sexual intercourse or forcing sexual intercourse with someone too incapacitated to resist. Seventy-six out of the 120 admitted to trying again an average of 5.8 times. A more recent study by Stephanie McWhorter, with a sample of 1,146 men enlisted in the Navy, found that 71% of those who had raped or attempted to rape did so again an average of 6.36 assaults each. Ninety percent of those who admitted to rape targeted someone they knew. An Ohio State student found this out the hard way, discovering only much later that the student who had raped her had sexually assaulted someone three weeks before her, and then attempted to rape three women after his assault on her.

Underlying this behavior is an even more disturbing pattern. Lisak and Miller’s study found that college rapists shared common motivational factors with incarcerated rapists, including feeling more anger at women and a strong need to dominate and control them. They were skillful at identifying prospective victims, their attacks were premeditated and planned, they used force instrumentally and strategically, and often used alcohol to make their victims more vulnerable to attack.

Considering the high rate of repeat offenders and the threat they pose, Yale’s approach to rape as a private interaction gone awry is seriously misguided. It demonstrates a timidity that contradicts what it teaches in the classroom, and shows a higher priority being placed on protecting the public image of the school than on the lives of the young women who attend.

Yes, it is imperative that a rape survivor be a willing participant in the process of pursuing justice. But this does not preclude the university from taking decisive steps on its own to protect its student population. For many students, the fact that their rapist was someone they knew or dated complicates the resolution they hope for. They fear censure from their classmates and their social circles. Not all survivors want to undergo the long and painful process of a legal proceeding or a university grievance procedure. But it should not be the burden of the survivor alone to mete out the consequences to protect a campus. A school should be just as willing to enforce strong measures for those who rape fellow students as it does for those who plagiarize. 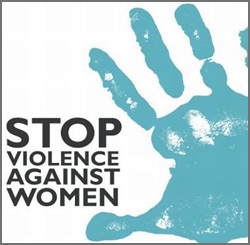 When I graduated Yale, I volunteered for four years as a rape crisis counselor in the emergency room of a Manhattan hospital. My role in the emergency room was to be an advocate for the sexual assault survivor. This meant presenting them with all their options, guiding them through the medical exam and intake procedures, and assuring them that every emotional and physical reaction they were experiencing was normal. Police from the Special Victims Unit, the nurse on duty, their significant other or parent could all be squeezed into the closet-sized OB/GYN room, pressuring the survivor to pursue a certain path. But ultimately, the process was survivor-centered, and I worked mightily to clear a space so they could make informed decisions.

But the university differs from the streets of Manhattan in so many ways; it is only accessible to a select population of young people every year, and at high cost. It expects those who enter to fulfill numerous requirements in exchange for a degree, and houses thousands of people together in close quarters. By allowing rapists to continue attending a school, campuses become safe havens for them to inflict more violence on others and continue to traumatize those they have already hurt. It would be the equivalent of asking the rape survivor in the emergency room to go meet her attacker in the waiting room, day after day.

Rather than treat campus rape as bad publicity, Yale and other universities should see rape as a public health problem. It has causes larger than the individual perpetrators, and the solutions require large-scale action. Rape can be prevented and stopped. Even in conflict zones, actively training soldiers and paramilitary against rape and demonstrating serious consequences if they attack women has prevented rape from being used as a weapon of war.

Surely, if an active conflict zone can be free of rape, a university, with its resources and a centralized administration at its reach, can train its staff and students to identify, stop, and prevent rape. But shifting the climate that permits rape must begin with the leadership. Yale’s public report is not enough. Its transparency in public reporting must be accompanied by a substantive commitment to end sexual violence. The report is only the beginning.

Update:  Students Against Sexual Violence at Yale have drafted an Open Letter to the administration with a list of concrete, actionable policy changes. 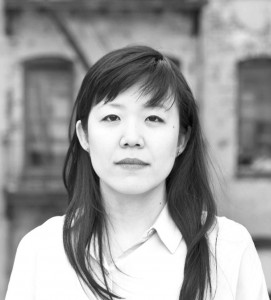 Sukjong Hong is a non-fiction writer, most recently a creative non-fiction fellow for Open City Magazine, a publication of the Asian American Writers’ Workshop. She is also a Create Change fellow at the Laundromat Project working with oral histories of Asian American communities in New York City. She tweets @hongriver.