And I wonder what I may be risking as I become more and more committed to telling whatever truth comes across my eyes my tongue my pen… ‘A Burst of Light: Living with Cancer’

I want to write about Audre Lorde. Because this is a forum on what to do about the recalcitrance of ‘feminism’ unmodified, its desire not to engage or be concerned with the lives and liberation of Black women. And Audre Lorde is put to work so often by non-Black feminists who want to avoid the race question by chiding Black women for their divisiveness. Division, after all, is surely one of the master’s tools, right? As are hostility, aggressive language, incivility, and any other action a Black woman might take in response to the racism of other women—at least once it is filtered through the lens of an antiblackness that has always taken Black women’s self-defense for aggression.

Indeed, anything can become one of the master’s tools once it is taken up, finally, against the masters themselves. Likewise, it seems that nowadays every marginalized group was ‘never meant to survive.’ Just like everything from wage labor to housework to student loan debt is a form of slavery. Non-Blacks have proven, time and again, to be parasitic upon the political energy of Black liberation struggles. The idea that Black women’s liberation might also be our liberation has been a difficult truth to put into action.

And no one was more aware of this than Lorde herself, who asked in her ‘A Burst of Light,’ ‘Will those forces which serve non-life in the name of power and profit kill me too, or merely dismember me in the eyes of whoever can use what I do?’ I want to write about Audre Lorde because no Black feminist figure has been as widely misappropriated as her. No Black feminist figure has been more widely quoted or less critically engaged with.

Specifically, and in the spirit of this forum, I want to turn to Lorde’s ‘Open Letter to Mary Daly,’ its publication history, and the ways it weaves in and out of others of Lorde’s better and lesser-known works. Between the letter and the surrounding works, an Audre Lorde emerges that is not the matron saint of coalition politics, but who articulates the ways in which Black women’s liberation is something dramatically different than simply white women’s liberation in a darker hue.

So the question arises in my mind, Mary, do you ever really read the work of black women? Did you ever read my words, or did you merely finger through them for quotations which you thought valuably support an already-conceived idea concerning some old and distorted connection between us? This is not a rhetorical question. ‘An Open Letter to Mary Daly’ 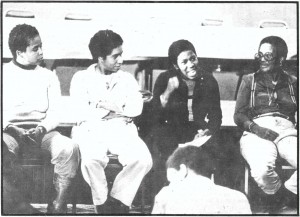 (These historical details are drawn from Alexis De Veaux’s Warrior Poet: A Biography of Audre Lorde [2004].) Lorde and Daly met at the December 1977 meeting of the Modern Language Association in Chicago. Both were scheduled to present on a panel alongside fellow lesbian-feminist critics Adrienne Rich and Judith McDaniel, but Lorde, recovering emotionally and psychically from a breast cancer scare, originally decided not to attend the conference. Convinced by her close friend, Rich, to attend and to use her experience with cancer to explore the dynamics and dangers of self-silencing in feminist activism, that day Lorde gave her paper, ‘The Transformation of Silence into Language and Action.’

The paper represented for Lorde an ‘attempt to break that silence and bridge some of those differences between’ Black and white feminists preventing their collective action. In this spirit, Lorde and Daly initiated a small exchange of texts, Lorde sending Daly her most recent collection of poetry, The Black Unicorn, and Daly eventually sending Lorde her 1978 monograph, Gyn/Ecology: The Metaethics of Radical Feminism. But Gyn/Ecology did little to mend the wounds of racism, as Daly famously put Lorde’s words to work as epigraph to her chapter on ‘African Genital Mutilation’—the latest in a centuries-long practice of violently appropriating the bodies and suffering of Black women.

In response, Lorde wrote to Daly of her concerns, posting her letter on 6 May 1979, and sending it as well to two mutual friends, Adrienne Rich and Michelle Cliff. Lorde would not receive a letter in response until 22 September 1979. Daly’s letter, among other things, suggested that the two meet privately during an upcoming conference on the work of Simone de Beauvoir, ‘The Second Sex—Thirty Years Later: A Commemorative Conference on Feminist Theory’ at NYU.

The two met at the conference on 29 September 1979. In her memoirs, Daly described the meeting as an ‘hour-or-so long meeting’ during which ‘we discussed my book and her response.’ Lorde biographer, Alexis De Veaux, recounts the meeting as ‘comparatively trivial’ and, in Lorde’s words, ‘disappointing.’ That same day, Lorde would deliver one of her most famous speeches, ‘The Master’s Tools Will Never Dismantle the Master’s House,’ a speech that cemented her reputation as a cantankerous and divisive presence, an outsider within the feminist movement.

The ‘Open Letter’ was first published in 1980 in Top Ranking: A Collection of Articles on Racism and Classism in the Lesbian Community, by a small Brooklyn press and largely unavailable today. It was published again in 1982 in the seminal women of color feminist anthology, This Bridge Called My Back: Writings by Radical Women of Color. Finally, it was published in 1984 in Lorde’s own Sister Outsider: Essays and Speeches.

By 1984, the letter had two additional opening paragraphs about both Daly’s ongoing troubles at Boston College and the events of the ‘wild and bloody spring’ of 1979, during which 11 Black women and a white woman were murdered over the span of four months in Boston. This version also includes a preface which reads: ‘The following letter was written to Mary Daly, author of Gyn/Ecology, on May 6, 1979. Four months later, having received no reply, I open it to the community of women.’ The addition of the prefatory note, not present in either of the first two publications, places retroactive significance on the month of September 1979 (‘four months later’), the month when, in fact, Lorde both received a letter in response and spoke privately with Daly in New York.

Lorde’s preface doesn’t simply deny the facts of their correspondence. Lorde is making the important distinction between talking and receiving a response. Between the exchange of words and a real engagement. She makes this very point in a February 1982 interview published in Off Our Backs: ‘We talked. If I had had a response, I don’t think I would have made the letter open.’

But this month of September 1979 is also important in one of Lorde’s lesser-read works, The Cancer Journals, first published in 1980. In it, Lorde combines poetry, prose, and her personal journal entries in a series of essays on her experiences with her first early cancer scare, her later diagnosis with breast cancer, and her recovery from a modified radical mastectomy. Among the journal entries in the introductory essay, arranged chronologically, is an entry for ‘9/79.’ It is the only entry in the book not to also include a day along with the month and year. It reads:

There is no room around me in which to be still, to examine and explore what pain is mine alone—no device to separate my struggle within from fury at the outside world’s viciousness, the stupid brutal lack of consciousness or concern that passes for the way things are. The arrogant blindness of comfortable white women. What is this work all for? What does it matter whether I ever speak again or not? I try. The blood of black women sloshes from coast to coast and Daly says race is of no concern to women. So that means we are either immortal or born to die and no note taken, un-women.

This imbrication of gendered Blackness with death prefigures Hortense Spillers’ famous argument in ‘Mama’s Baby, Papa’s Maybe’ that the regime of violence that obtains for Black women in the contexts of Middle Passage and racialized chattel slavery can be described precisely as ‘ungendering.’ The Black un-woman, the Black woman ungendered, is the very condition of possibility for the white woman, the woman gendered as woman. The proximity of gendered Blackness to death reveals the paradox by which the body that gives life (the female body as understood through the lens of patriarchy) is simultaneously the body open(ing) (on)to death.

The category called ‘women,’ then, isn’t simply an effect of patriarchal social relations, it is also a racial designation. To have access to the category is to already be a part of a human family which has understood itself for the whole of modernity as that which is not Black.

‘I want to write rage but all that comes is sadness. We have been sad long enough to make this earth either weep or grow fertile.’ The Cancer Journals 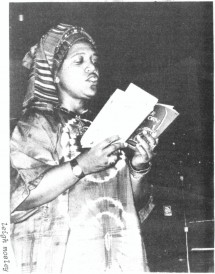 At the time of the Boston murders, during the ‘wild and bloody spring’ of 1979, Black feminist Barbara Smith wrote in her own journals that ‘the truth that I’ve always talked about that at bottom Black feminism is about keeping Black women alive, is made frighteningly real.’ The challenge facing ‘feminism’ unmodified is this: the ‘women’ in ‘women’s liberation’ exist by way of violence against Black women. Black feminism cannot be seen as simply a call for more attention to particularities, but as a movement that short-circuits the very constitution of ‘woman’ as a coherent entity. The power of Black feminism, as Hortense Spillers observed, lies in ‘claiming the monstrosity,’ the potential to ‘rewrite afterall a radically different text for a female empowerment.’

Whites as a whole have been reluctant to do the work (that some whites have done) to eradicate racism from white-dominated Left movements, feminism included. We don’t yet know, even at this late date, how to work towards the flourishing of Black life rather than the maintenance of Black life under the conditions of social death.

Too often, Black women’s survival is seen as the exclusive province of Black feminism. But it seems to me that working to keep Black women alive and flourishing could be the revolutionary pursuit. Concern for the well-being of Black women’s lives without intrusion or condescension, without the assumption that concern and protection grant access to Black women’s bodies, should be the task of feminism. This might be precisely the work of un-women’s liberation. 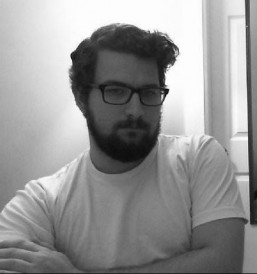 James Bliss has stacks of diploma-grade card stock from the University of Chicago and the University of California, Irvine. He lives in Chicago and runs an eponymous blog as well as operates “Step by Miserable Step,” a resource guide for applying to graduate school. He will begin his doctoral study in Culture and Theory at Irvine in the fall.