Marriage Equality and Beyond: A View from India – The Feminist Wire

Home / Activism / Marriage Equality and Beyond: A View from India

Marriage Equality and Beyond: A View from India 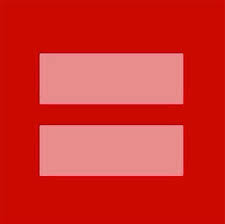 A few days before my Facebook News Feed was flooded with red equal signs, I went to a short march in Bangalore.  The Gender and Sexual Minorities Pride March demanded, among other things, “human rights and overall development” of a range of sexual minorities[1], focusing on the right to be included on the electoral rolls, access to social services for those below the poverty line, job skills support, low-cost health services, old-age pensions, loans, and housing support.

At the end of the march, I met a European woman, engaged in a spirited conversation with some of the participants.  “In my country, we accept all groups,” she told them.  “You can marry whoever you want.”

It wasn’t the first time I’d come across cross-cultural discussions of marriage in my research in India.  Once, I was sitting in a drop-in center for sexual minorities during a visit with a group of Swedish students.  I ended up the de facto translator for their conversation with the eight or nine transgender women who gathered around to talk.  After they told their stories to the students, and I stammered and struggled through translating all the complicated local terms for various sexuality categories, the conversation turned to Sweden.  “Can you find a good man in Sweden?  Here, all the men run away after a while.”  “Can we come with you?” they joked.  Then, the real question: “What’s it like for people like us in Sweden?”  The students paused, and then one of them spoke up.  “I don’t know about transgender people.  But in Sweden everyone has the right to love whoever they want.  We accept any kind of marriage.”

This was the first time marriage had come up in the discussion.  The trans people had been sharing stories of horrific violence, much of it from the police; political exclusion; and rejection by their families.  They’d been talking about running away from home, about being raped and abused.  But when it came to Sweden, the students seemed mainly to think of marriage as the overarching issue.

In my limited time working with sexual minority groups in India, I’ve often found myself in conversations like these.  “What’s it like for people like us in America?  Are they accepted?”  It’s a question that gives me pause.  Being from the US in India means people often share with you their wildly romanticized visions of a far-off place.  And it’s true—in many ways, being queer in the US is probably safer than it is in India.  But I’m not sure the US is the paradise they imagine.  I usually say that there are many similarities between what LGBTQ people in the US and sexual minorities in India face. I often end up providing some explanation of state law and federal law in the US, and how some states have marriage equality and some don’t–then confusion ensues.  And then I hear this kind of comment: “They can worry about marriage because they have addressed all the other issues.  They’re a rich country.  We haven’t gotten there yet.”

I wish they were right.  I wish the reason that marriage dominated mainstream accounts of LGBTQ politics in the US were that all the other issues had been addressed.  Yet transgender respondents in a recent survey in California were twice as likely than the general population to be living below the poverty line, and they faced 14% unemployment. One in five transgender respondents had been homeless.[2]  Across the US, same-sex couples are significantly more likely to be living below the poverty line than heterosexual couples. Poverty rates among lesbian couples are higher—6.9%–than poverty rates for different-sex married couples (5.4%) or gay male couples (4.0%).  Poverty is highest among black lesbian couples (21.1%), compared to 4.3% among white lesbian couples and 14.4% among black gay couples. [3]  A disproportionate twenty percent of homeless youth are gay or transgender.[4]  And then there are the high levels of violence.[5]  I wish we’d checked all of these things off the list, one by one, and now, with the bread and butter taken care of, we were turning to issues of marriage.

As the Obama administration positions itself as a global defender of LGBTQ rights,[6] there’s an underlying implication that LGBTQ equality is one of the great civilizational gifts the US has to offer seemingly poor, backward countries like India, trapped in tradition and behind the curve.  But Indian sexual minorities have a long, complex history.  And in a context where poverty is visible and tangible and ubiquitous and impossible to ignore, it wouldn’t make sense for sexual minority groups to deny the connection between gender, sexuality and poverty. People intuitively understand that economic and political and social and sexual issues are all part of the same puzzle.  That’s true everywhere, not just in India.

I’m a woman married to man, and I carry with me all the privileges that go with that.  As an ally, I don’t think it’s my place to criticize people for wanting the same privilege I have access to.  So when so many of my queer friends see marriage as a vehicle for their collective aspirations, I support them.  But being in India has made it clear to me that marriage in rich countries has become a proxy for thinking through a wide range of issues like poverty, violence, discrimination, and social exclusion, particularly that facing LGBTQ people.  So, while I hope the best for marriage equality, I hope I never see Americans walking around in India, telling people that now that we’re getting closer to marriage equality, the work is complete.

[1] The Indian activists I’ve talked to prefer the term “sexual minorities,” so I use it when referring to India rather than “LGBTQ” or “queer.”

Gowri Vijayakumar is a Ph.D. candidate in Sociology at the University of California, Berkeley. Her interests include gender, work, NGOs, globalization, and the critical study of medicine. Her current project examines the politics of HIV prevention programs with female, male, and transgender sex workers in India and South Africa.

Related ItemsActivismCultureEqualityfeminismIndiaMarriagePoliticsSexualityViolenceWomen of colorWorld
← Previous Story COLLEGE FEMINISMS: Why I Haven't Given Up on Hip-Hop
Next Story → Feminists We Love: Jamion Allen