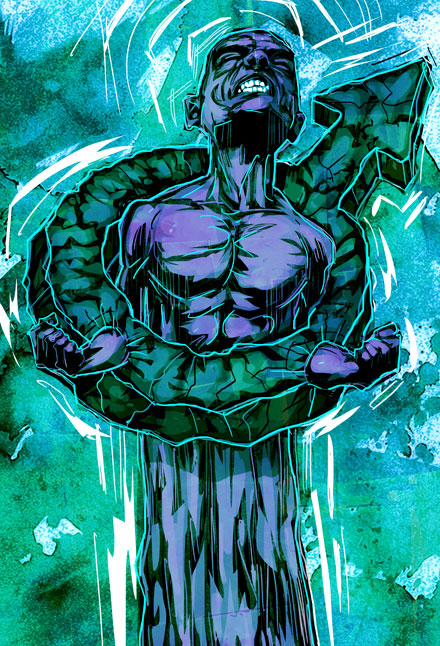 Masculinity, like other social constructs, is extremely limiting.  It is difficult to find a flexible space to express personal identity. Although masculinity and its overtly dominant representation through patriarchy is thought of as inherently “powerful,” there is a weakness; the inability to truly be oneself without restriction.

This piece was created to illustrate this tension. The figure is obviously male; his phallic body ripples with physical power. However, the burden of performing a fixed idea of masculinity also imprisons him within his own body; his own expression. So, the desire to be seen as powerful and as male totally imprisons the male within a very set and very policed space, which constricts freedom. 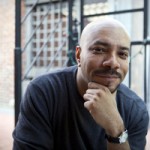 John Jennings is an Associate Professor in the Department of Visual Studies at the University of Buffalo. His research and teaching focuses on the analysis, explication, and disruption of African American stereotypes in popular visual media. His research is concerned with the topics of representation and authenticity, visual culture, visual literacy, social justice, and design pedagogy. He is an accomplished designer, curator, illustrator, cartoonist, and award-winning graphic novelist. His work overlaps into various disciplines including American Studies, African American Studies, Design History, Media Studies, Sociology, Women and Gender Studies, and Literature.