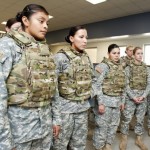 At this point, the debate around whether or not women are physically capable of battle has been thoroughly deflated.  According to CNN, over 800 women have been wounded and 130 have died in Iraq and Afghanistan.  Female strength, endurance, and valor are not in question here. But as the ACLU heralds Panetta’s proclamation as a “victory” against the sexist anachronistic policy of the U.S. military, what has yet to be discussed is how making official combat positions available to women will actually hurt the feminist movement by increasing the reach of American imperialism abroad and weakening domestic families.

United States military interventions have historically been justified using the rhetoric of moral right.  More recently, they purport to combat the terrorization of the American public.  However, Zoltan Grossman, a professor specializing in geopolitics and globalization in Olympia, Washington, encourages us to rethink the invasion and occupation of foreign nations by the U.S. as “opportunistic responses to events, which have enabled Washington to gain a foothold in the “middle ground” between Europe to the west, Russia to the north, and China to the east, and turn this region increasingly into an American ‘sphere of influence’” securing American corporate control over oil supplies for both Europe and Asia.

If there was any doubt regarding American ulterior motives, Mother Jones published an article in July illuminating the nearly 50 military bases built since 2000 in countries like Honduras and Australia.  Affectionately called “lily pads” (as in, a frog jumping across a pond toward its prey), these bases are the strategic smaller cousins of the over 1,000 bases around the world the United States already maintains. American military bases have a long legacy of negatively impacting women and communities of color across the globe.  Indeed, the bipartisan Commission on Wartime Contracting conducted a comprehensive inquiry into the performance of contracts supporting military operations abroad.  They found over 70,000 people were recruited from countries like Bangladesh, Fiji, and the Philippines to work for contractors and subcontractors of the U.S. military at the over 500 bases in Iraq and Afghanistan.  Most importantly, these indentured slaves, a cohort the New Yorker calls “the invisible army,” are exploited for their labor while frequently experiencing sexual abuse.

Considering the ways American militarism disenfranchises and perpetrates violence against communities of color and women specifically, we may want to reconsider the inclusion of women on the front-lines of battle a feminist advancement.  According to the World Health Organization, situations of conflict, post conflict, and displacement potentially “exacerbate existing violence and present new forms of violence against women.” The effects of broadening American militarism not only disadvantage women, but also are downright dangerous for women.

Finally, too little of the conversation around “women’s right to serve” has included the pernicious effects of Post Traumatic Stress Disorder on combat veterans. If the American people take Leon Panetta at his word, that we will in fact see far more women in combat positions by next year, the implications for families with loved ones in the military are great.

Somewhere between 100,000-300,000 veterans experience PTSD. While it can be difficult to diagnose, symptoms include anger, self-destruction, alcoholism and hallucinations. Moreover, studies out of UCSF suggest women who go through combat may be more susceptible to PTSD and face greater age-related diseases. Again, the argument is not that women are physically unfit for combat, but that manifestations of PTSD have a great impact on the welfare of familial relationships, causing anxiety around intimacy, sexual dysfunction, and diminishment in sexual interest and fertility. Further, while it is clear PTSD can be incredibly destructive for one family member, recent evidence alludes it can be passed on from spouse to spouse and between parents and children.

Ultimately, my argument is short but not sweet. The bitter reality is enlistment in the armed services is fiercely declining, with fewer and fewer people believing American wars to extract oil and resources from the global south are legitimate. As feminists, we would do well to see both sides of the ideological coin at work. Yes, more women in official combat positions may challenge the male-dominated, misogynist culture of the military, but the political and domestic repercussions are great and disproportionately affect women’s lives. By extending the “right” to die in armed conflict to women and LGBT citizens, militarism can cloak itself as liberal progress, enabling an extension of American imperialism under the guise of democracy. 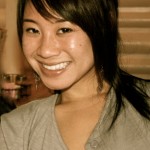 Kim Tran is a graduate student in the Ethnic Studies and Gender and Women’s Studies programs at the University of California, Berkeley. Her research examines refugee communities, transnational labor, gender, and queer studies. Her work can be found at www.kimtranpoetry.com.

Related ItemsFamilyHealthLeon PanettaMilitaryPoliticsPTSDU.S.Violencewomen in combat
← Previous Story A Black Feminist Comment on The Sisterhood, The Black Church, Ratchetness and Geist
Next Story → Women in Combat: Potential for Progress in the Armed Services