By Guest Contributor on November 9, 2012

Caring for myself is not self-indulgence, it is self-preservation, and that is an act of political warfare.

On a sleepless summer night in 2010, I had a heart-to-heart conversation with a good friend.  We talked about our struggles and conundrums as young black women in academia.  While I had just graduated from my doctoral program in May 2010, she was just beginning one.  We reflected on our overlapping areas of concern: rigor that can make cultivating relationships difficult, never-ending workloads, and the lack of adequate time and space for self-care.

Although I have had these conversations with many friends, what tends to happen after these heart-divulging moments is that we plunge back into our daily schedules and forget to prioritize the very things that we discussed.  We continue to neglect our relationships, put off exercise and healthy eating, and treat self-care as a far off, future concern.  We tend to become buried under the many research, teaching, and service tasks we have to complete, not to mention familial and personal obligations.

What was different about this particular conversation was that my friend and I decided that we would actually walk the walk.  We decided to prioritize self-care in our own lives and discussed developing a national conference that would provide an open, honest, and intergenerational space for black women to talk about the challenges we face in achieving wellness across all areas of our lives.  At this conference, we would share practical strategies for achieving balance across generations.

Although my friend would not be able to help plan the conference due to personal challenges, our goal came to fruition almost a year later. In July 2011 we held the First Annual National Black Women’s Life Balance and Wellness Conference in Atlanta, Georgia.  With a team of committed volunteers – including Conference Co-Chair and Co-Conspirator Carrie Sawyer –nearly 100 black women, in and outside of academia, gathered at this conference to explore wellness challenges and work toward productive changes in self-care practice.

Statistics about black women’s health are dismal.  In regards to our mental health, our depression rate is estimated to be 50% higher than white women’s.  Within the realm of physical health, black women face particular challenges around diabetes, heart disease, and high blood pressure.  One in 4 black women over the age of 55 have diabetes.[i]  Black women die from heart disease more than any other group in America.[ii]  Health studies have shown that risk factors, which include a lack of exercise, poor eating habits, and high levels of stress, contribute to the development of these diseases.  What’s more, however, is that the stressful challenges that black women face as primary caregivers – mothers and other-mothers – and academics make this a serious issue that we need to unpack (Covington-Ward 2013).  In light of these statistics, we have to recognize what’s at stake in unpacking the wellness, life balance, and self-care needs of black women.

The health issues that black women face are understandable, though not acceptable, when we understand the confounded stress associated with daily encounters with racism, sexism, and heterosexism.  Additionally, familial expectations for black women to be all things for all people significantly affect their health outcomes.  In her work, Dr. Tamara Beauboeuf-Lafontant explores the myth of the strong black woman, the superwoman who is expected to endure herculean mental, emotional, physical and spiritual challenges and to triumph despite all odds.  She says “…much of the acclaim that the concept of strength provides for Black women is undermined by what I argue is its real function: to defend and maintain a stratified social order by obscuring Black women’s experiences of suffering, acts of desperation, and anger” (Beauboeuf-Lafontant 2009: 2).

Beauboeuf-Lafontant’s assertion echoes Lorde’s quote at the beginning of this piece.  Self-care is “an act of political warfare” not only because the personal is indeed political, but because when black women take care of themselves, they challenge the myth of the superwoman (Michele Wallace) and simultaneously challenge structures of oppression that praise black women for being the perpetual “mules of the world” (Zora Neale Hurston).  And ultimately, to take care of ourselves is to treasure ourselves, and ensure that we’ll have the longevity to continue our activist work against racism, sexism, heterosexism, and other “-isms” that attempt to circumscribe and control bodies in this world.

It’s subversive to take care of ourselves because for centuries black women worldwide have been taking care of others, from the children of slave masters to those of business executives, and often serving today as primary caregivers for the elderly as home health workers and nursing home employees.  Black women’s self-care is also subversive because to take care of ourselves means that we disrupt societal and political paradigms that say that Black women are disposable, unvalued.   Indeed, people and things that aren’t cared for are considered expendable.  So when we don’t take care of ourselves, we are affirming the social order that says black women are disposable.

But when we support our sisters and admonish that they too take care of themselves, we engage in radical feminist praxis.  Yes, working out regularly is revolutionary.  Eating healthfully and doing what feeds the spirit are nothing short of outright rebellion. When sisters unite in self-care, regularly indulging in what they love such as dancing, painting, laughing – soul and sanity food – we’re engaged in a soulful insurrection that disrupts the very forces that seek to sacrifice our beings.   And, quite matter-of-factly, if we don’t take care of ourselves, who will?

Most Black women who I know tend to always put others before themselves.  For me, the fact that wellness could be subversive was something that I learned over time.  As the eldest of six children (and the only female child), I was often an other-mother to younger siblings and family members, and I met many emotional, financial, and practical needs of members of my immediate and extended family.  Once I started graduate school, my personal and scholarly workloads became intense and, being distant from my support network, I felt isolated and alone.  I constantly pushed myself instead of pacing myself.  I felt like I was always sprinting toward finishing the next assignment, toward the meeting the next family need.  In the midst of this unhealthy frenzy, I was not sleeping well, or enough.  I often skipped meals, unknowingly working right through them, until my medium-sized frame lost over 15 pounds in a few short weeks.  My health began to deteriorate and my parents became worried.  Looking back at it now, I was truly living in a constant state of emergency: Was it really necessary?

Despite the stress load I was under, I didn’t cultivate many ways to take care of myself until I was well into graduate school. I eventually began to eat healthier foods.  Out of a personal choice and stemming from a persistent aversion to most meats, I became vegetarian.  Spending time with my partner also helped me decompress.  I eventually opened up an organic beauty business in graduate school, and though I had to discontinue it when I started my dissertation, I still make and use organic, aromatherapeutic bath and beauty products that feed my soul.

It’s important to take care of ourselves because we learn so much about ourselves, our passions, and our aversions when doing it.  We tap into the hidden sides of ourselves and become more adept at identifying when something is off or wrong, well before it becomes a huge issue spiraling out of our control. As we honor and cherish ourselves in self-care, we tap into our hopes and dreams that extend far beyond the academy or any career path on which we might find ourselves.  Here I share practical strategies for wellness, which I define as a healthy lifestyle that recognizes that the balancing act means that sometimes we need to prioritize certain areas of our lives more than others.  In this dance of life, our attention may shift from one facet of our worlds to another, but we always recognize our goals and our purpose.

Just as I have evolved in my own practices of wellness, the Annual National Black Women’s Life Balance and Wellness Conference has also transformed.  From focusing on myths and stereotypes in year one, to the second year’s theme, Without Apology: Free and Balanced, to the upcoming third conference on intergenerational wellness, the conference’s metamorphosis mirrors the paths that many women take when awakening to the need for self-care.  Many conference participants have shared that prioritizing wellness was new for them, which gradually became easier practice without apology or asking for permission.  Once we have initially explored wellness for ourselves, we can begin to think more communally about wellness needs across groups and generations: among our mothers, grandmothers, great-grandmothers, and children.

I am honored to be part of this ongoing, collective feminist intervention into daily praxis that centers self-care as a vital, feminist response to the daily micro- and macro-aggressions against black women.  This conference is an act of service that honors feminist warriors such as Audre Lorde, Barbara Christian, June Jordan, Claudia Tate, and so many other women who remain nameless and who have died too soon.

Beauboeuf-Lafontant, Tamara.  Behind the Mask of the Strong Black Woman: Voice and the Embodiment of a Costly Performance. Philadelphia: Temple University Press, 2009.

Wallace, Michele. Black Macho and The Myth of The Superwoman.  New York: The Dial Press, 1979. 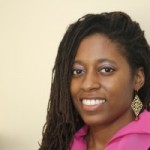 Shanesha Brooks-Tatum, Ph.D., is Visiting Scholar-in-Residence at Agnes Scott College.  She is Founder and Co-Chair of the National Annual Black Women’s Life Balance and Wellness Conference and Co-Editor of Reading African American Experiences in the Obama Era: Theory, Advocacy, Activism (2012).  She is currently working on a book titled The Holy-Hip-Hop Movement, which explores the intersections of racial, religious, and gender performances in Christian hip-hop music and culture.  Find out more about the conference at www.lifebalanceconference.com.