Storytelling: Or, Autoethnography in the Academic Industrial Complex – The Feminist Wire

Home / Family / Storytelling: Or, Autoethnography in the Academic Industrial Complex

Storytelling: Or, Autoethnography in the Academic Industrial Complex

When my sisters and I were young, we’d ask our father to tell us a story before bedtime. I’m not sure how this request came about, except that we watched our fair share of television, where programs like Full House and Family Matters dominated the after-school scene, and impressed upon us a peculiar idea that fathers told stories at bedtime. My father is a jovial man; happy to share whatever he has with his kids, though after 16-hour workdays, he was exhausted and often ready for a bedtime story himself. Still, not wanting to disappoint, he pasted something together, combining popular elements from children’s works. And he told that story whenever we asked, never changing the details, never adding or subtracting from its action. The story goes like this:

Once upon a time, there was a wizard. He went to China, to search for a lamp. He found it in a deep, dark cave. The End.

The villagers of Beit Sahour in Palestine called my great grandfather Ibrahim “The Poet.” Indeed, our branch of the Shomalis was called House of the Poets. If we were getting technical, Ibrahim would fall into the oral folklore tradition, which some anthropologist could explain is a preservation tool for everyday culture. And preserve the everyday he did, writing about stray cats in the granary, and black roosters in the coop.  In my sentimental thirties, as I am looking harder for connections to my history rather than radical divisions from it, I have clung to the idea of poetry in my lineage, that as much as my father’s nose and my mother’s eyes, I have also inherited Ibrahim’s words. We might say that such obvious biological essentialism is fictive or perhaps even explain how I’ve adopted this legacy as a means to cement my own necessarily fractured narrative of self. Or, we might talk about how Palestinian land is confiscated daily by the Israeli Apartheid state and how the house that my grandfather built, his fig tree and leymoona, will never be mine. That my inheritance is necessarily ephemeral but that no one can take away our histories, and that like Scheherazade, we save ourselves nightly with stories. We could talk about that. But we won’t.

My first detailed and deep memory of being a writer comes from when I went back to Palestine, via Jordan at around the age of 6 or 7. In Amman we stayed at my uncle’s mansion, which was really more of a house, but felt like a mansion for a kid who lived in a two-bedroom apartment with her six other immediate family members. Up the road, on shara3 il Gardinz, janb dakhlit il Kal7a, before there was a new Kal7a that made our Kal7a “il qadeema,” there was a maktab, a little stationery store full of school supplies and gifts and paper crafts. There, in the echoes of the Ithan, I bought a scented diary. The cover featured a long-haired, blonde, white woman in a blue shift dress, sitting on an ornate chair holding a little book open in her lap. She was very romantic and what I assumed was Victorian, and so we could get off on a long tangent about aspirational whiteness and lady-hood. We could.

The diary had a gold clasp with a small key that has since become dull. Inside, the pages smell like flowers still, and there are three sections divided by color: pink, blue, and green. I remember occasionally growing frustrated with my writing, and ripping out pink pages to recopy their text into some final version of itself into the green segment. In the blue section, there were melodramatic journal entries and many a story of banal minutiae related to being a teenager, one in the West Bank. The content is less political than you might expect, except that whether or not my on-again, off-again boyfriend loved me was profoundly personal and we all know that the personal is political. After all, he was an Intifada dropout and he worked in olive woodcraft and he was lovely, though that last bit is only a reminder about how, even in scary places, there is love and loveliness.

The diary is the kind of evidence a historian would love, full of minute detail about growing up strange and ugly, as if one could grow up any other way. It is full of the insight some biographer would find riveting, or some analyst would find raw and revealing. Fearing death, I have cultivated this very archive, preferring for many years the material to the digital. Saving correspondence, date books, and even to-do lists as some kind of evidence. My colleagues from graduate school can tell you that I fear the archive, so it’s all but appropriate that I am consumed with my own, imagining that it will somehow preserve me from death. Or my grandfather from obscurity. Or my father from both.  And if we were literary critics, we could again talk about the parallels in this metaphor to Scheherazade, or to the immigrant condition, or to life under threat of occupation and annihilation. If we were, that is, attempting again and again to parse our narratives into legibility, dress them up into theoretical significance, make the story more meaningful than it ever was, as though it already wasn’t. Luckily, we are not and we will not. 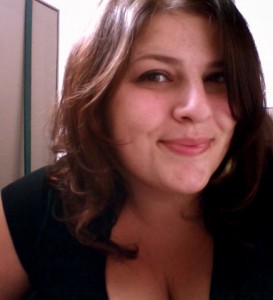 Author Bio: Mejdulene B. Shomali is a Ph.D. Candidate in the American Culture Department at the University of Michigan. She is a writer, teacher, and food enthusiast.

Related ItemsAutoethnographyFamilyHistoryPalestinePoliticsU.S.WorldWritingYouth
← Previous Story On Michelle and Motherhood
Next Story → You Call That a Black President? Or, How Stupid Do Mainstream Politicians Think Black People Are?