Black Women Take Back Style: How Technology has Changed the Game – The Feminist Wire

Home / Culture / Black Women Take Back Style: How Technology has Changed the Game

Black Women Take Back Style: How Technology has Changed the Game 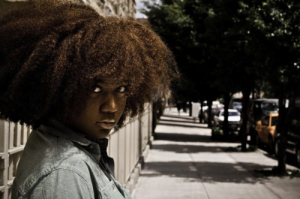 As a black girl growing up in the suburbs of New York there were three visible black female icons that I saw in high fashion magazines: Naomi Campbell, Alek Wek, and Tyra Banks. On the glossy pages of fashion magazines in the 90s I found myself virtually non-existent. There were few places to look for skin, natural hair, or style that were not Eurocentric. Even black magazines like Essence or Ebony failed to reflect me. Today, there are a few mainstream publications that seem to be taking praise worthy steps in the right direction. One such publication is Vogue Italia, and it’s online section titled Vogue Black.  Its makeup tutorials, fashion bloggers from the African diaspora, and street chic represented by black and brown faces, offers a refreshing alternative.

My exploration of DIY (do it yourself) black style online began in 2010 when I moved away from my hairdresser in New York City to a town in the mid-west for graduate school. I began searching the internet for tips on how to maintain my locs and came across Franchesca Leigh Ramsey’s Youtube channel, Chescalocs. 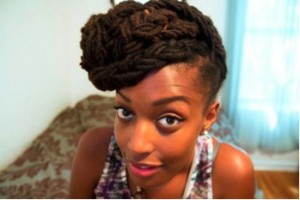 My life was changed instantly. I have been following her career online where she has shared everything from elaborate hair tutorials to the details of her Paris proposal by her fiance. Recently, she became popular for her videos, Shit White Girls Say To Black Girls, where she uses Youtube as a platform for a healthy discourse on racial humor. However, Franchesca isn’t the only woman filling in the gaps where mainstream white fashion has gotten it wrong. Fran of Hey Fran Hey, Curly Nikki, Jessie Adore of Adore Daily, Nikisha and Cipriana of Urban Bush Babes, and The Fashion Bomb created by Claire Sulmers, are just a few of hundreds of black women sharing their love of body, soul, and style with the world. Through online blogging and Tumblr, these women have curated web pages that not only capture their aesthetic identity, but also serve as public platforms where style may be both exchanged and contested.

But online media hasn’t provided us with a cure all. The cold truth is that black and brown women are constantly faced with blunders of misguided intentions. There was the brouhaha in January when Natalie Dolivo of French Elle made controversial statements about black style that sent steam into the ears of many women of color fashionistas. The incident rehashed the gripe that many have had re: the fashion world’s continuous rendering of so-called “ethnic fashion.”  During fashion week we saw this manifested in the form of the stereotypical leopard and other so called “African inspired” prints.Kiyan Williams, in his article published here at The Feminist Wire on Vogue Italia’s October 2011 cover, calls into question the cultural appropriation and commodification of African American urban aesthetics. This is part of an important and ongoing discussion on where the fashion world has failed to find the appropriate material and verbal language to address racial difference. 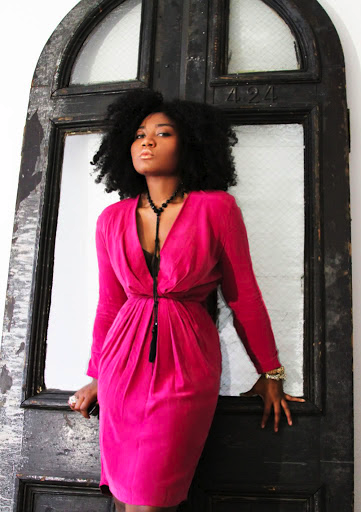 The ironic part of living in this supposedly colorblind society is the reality of blindness–the spaces where we fail to actually see each other. In an article in The Fashion Bomb, Claire points out the obvious–that the fashion world is severely lacking in human color. This is no trivial matter as black girls globally attempt to construct their visual aesthetic and look to the fashion world for examples and inspiration. This gap in representation too often translates into an “Oops, my bad” on the part of culturally ignorant writers who time and time again burden us with reckless language, thinking and doing. 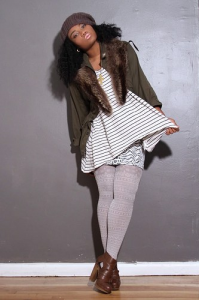 For now, the good news is that black women no longer have to wait for mainstream publications like French Elle to get it right. The current generation of DIYers provide us with numerous alternatives that critically challenge the imaginations (or lack thereof) of those purporting to know what is aesthetically best for the whole of society. So, instead of looking to mainstream publications, we Google, click “like” on Facebook, and we devotedly follow the innovative style of women who have transformed online media into a form of aesthetic agency. 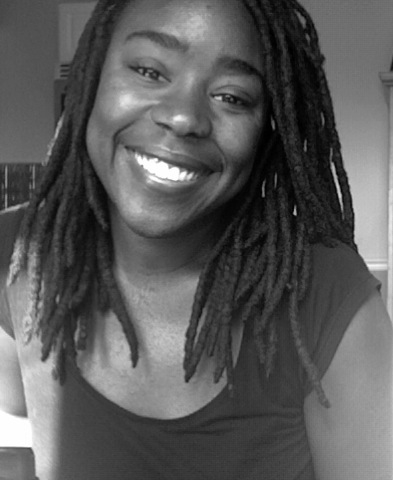 Naomi Extra is a graduate student of Afro American Studies at the University of Wisconsin-Madison and contributing editor for Kweli Journal.  She is also a New York based poet, educator, and fashion-lover.